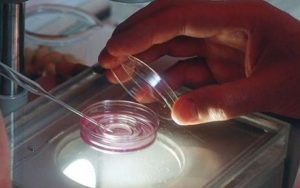 IN VITRO FERTILIZATION (IVF): In Vitro means “outside the body” and IVF is the joining of a woman’s egg and a man’s sperm in a laboratory dish. Interestingly, assisted reproductive technologies such as In Vitro Fertilization (IVF) are expensive and often have a poor success rate.

Recent 2005 figures indicate that 80% of IVF-assisted pregnancies in women 40 to 45 years end in miscarriage, and that the chance of a 40 year old falling pregnant through IVF is a mere 15%.1

As utilization of these services increases, researchers are now questioning the rise in our ‘infertility culture’.

Why do we have so many infertile couples?

In the US alone the number of clinics now offering infertility intervention has increased from 40 clinics in 1986 to 360 clinics in 2001.2 IVF can cost in excess of US$10,000 per attempt.3 Data from the Australian and New Zealand Assisted Reproductive Database were used to estimate costs for women attempting up to three treatment programs. A treatment program included one fresh cycle and a variable number of frozen cycles dependent on maternal age. The incremental cost (per live birth) ranged for women aged 30–33 on their first and third programs from AU$27 373 and AU$31 986. For 42–45-year-old women on their first and second attempts the cost rose to  AU$130 951 and AU$187 515. This study suggests that cost per live birth from IVF increases with maternal age and treatment program number and indicates that maternal age has the much greater effect. 4

A couple’s journey with assisted reproductive technologies is often long and arduous. Excluding the emotional stress that couples frequently experience, the financial costs alone warrant further research to investigate the global rise in infertility. This is an important issue for society collectively.

The endurance and determination of IVF couples should be commended, and the elation they must feel when they hold their newborn baby can only be imagined. Without IVF, such a prospect would not exist.

When a woman tries to conceive later in life, there is an increased chance that the conception will be assisted. Allopathic treatments for infertility include drug therapy, surgery and In-Vitro Fertilization (IVF), all of which can take a toll on a woman’s overall health.

While ARTs are exceedingly popular, more and more couples are curious as to whether there are any short or long-term health affects for parent or offspring. Unfortunately, the safety and efficacy of these ARTs are rarely discussed. Acknowledging the long-awaited joy these techniques can offer, it may sound distasteful to mention the following potential long-term health risks for couples participating and babies born via this method. My intention is not to offend it is simply to build the health literacy of fertility challenged couples regarding the safety of assisted procedures. Enabling them to empowered health choices.

What are some of the potential health affects of IVF?

Aside from the stress and depression couples often endure with IVF procedures, like every other medication, fertility drugs are known to have their own individual side-effects and health risks. A woman taking fertility medicines may have bloating, abdominal pain, mood swings and headaches. Most IVF medicines must be given via injection and often several times a day (with healthcare teams teaching couples how to mix medicines and self-inject). Repeated injections can cause bruising.

Fertility drugs such as Clomid (or Serophene in the US) have been known to have several harmful side-effects, such as cervical mucus changes, which can then interfere with the mobility of sperm blurred vision, and lung and vascular complications such as blood clots.5 The Physician’s Desk Reference states that Serophene causes ovarian enlargement (which is particularly a problem for women who have endometriosis or ovarian cysts) and ovarian hyperstimulation syndrome, where sudden fluid build-up can occur in the chest and abdomen, requiring immediate hospitalisation and complications if pregnant.6

Fertility medications work by blocking the production of oestrogen so that the brain is fooled into believing it is not ovulating and is incited to produce larger amounts of Follicle Stimulating Hormone (FSH). This causes the ovaries to ‘superovulate’ by producing multiple eggs at one time. Some drugs such as Pergonal and Metrodin are highly potent, producing up to 30 eggs at one time.7 Fertility drugs may also cause depression and ectopic pregnancies (where implantation of the foetus does not occur in the uterus itself, resulting in miscarriage or removal of the ovary).8

Most of us are aware that when taking any medication or undergoing any surgery or procedure there are risks involved, many of which are unknown at the time. IVF treatment is not immune to these safety risks and a couple’s journey with this treatment is often arduous and costly—both in a financial sense and an emotional sense.

It is pertinent to also question the long-term side-effects of IVF’s countless hormone injections and invasive procedures. Given the significant number of couples who utilize assisted reproductive technologies, one does have to ask: who would be willing to sponsor further potentially damaging research?

I am not suggesting that IVF is not a wonderful resource and valuable asset for many couples—a modern miracle. However, these technologies may in fact be used too prematurely in some scenarios, when there may be safer, less invasive, holistic therapies which offer equally successful outcomes.

In Robert Frost’s poem The Road Not Taken, he wrote, “Two roads diverged in a wood, and I—I took the one less travelled by, and that has made all the difference.” Before turning to drugs to alter the chemical make-up of the body, why not take steps to allow prospective parents the time and opportunity to make these chemical alterations naturally?

With the infertility industry booming, it is not likely that we will see further investigative research in the near future. But considering the possible health risks and costs involved, and the limited success, we do need to ask:
•Are there safer alternatives than IVF?
•Are these alternatives equally as viable?
•Are there health therapies that may hasten the success of artificial reproductive technologies?