COKE IS A HEALTHY BEVERAGE?????

COKE IS A HEALTHY BEVERAGE????? 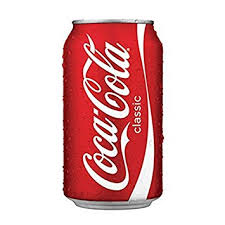 COKE IS A HEALTHY BEVERAGE !?!? – yeah right! However this has been the recent promotion angle here in Australia and unfortunately when these messages are endorsed by celebrities more and more people are likely to believe such fables. The good news is that the Australian Competition and Consumer Commission Thursday has ordered Coca-Cola South Pacific (CCSP) to correct its recent false and misleading claims.

“Taking the fizz out of Coke” ad claims

CANBERRA (Reuters) – Claims Coke will not make children fat or rot their teeth have landed Coca-Cola in trouble with Australia’s consumer watchdog, which ordered the soft drink company to correct its advertising.

As well as claiming Coke did not make children fat or harm their teeth, the full-page print ads sought to combat public perceptions that Coke was packed with large amounts of caffeine.

“Now that I’ve found out what’s myth and what isn’t, it’s good to know that our family can continue to enjoy one of our favorite drinks,” Armstrong said in the advertisements. “My boys now call me Mum, the Myth Buster!” she said.

The company also said in the ads it was time “to state the facts and to help you understand the truth behind Coca-Cola.”

But the powerful Australian Competition and Consumer Commission Thursday ordered CCSP to correct its claims.

“Coke’s messages were totally unacceptable, creating an impression which is likely to mislead that Coca-Cola cannot contribute to weight gain, obesity and tooth decay,” ACCC Chairman Graeme Samuel said in a statement.

CCSP had agreed to publish corrective advertisements in major newspapers in every major Australian city, as well as on the company’s own website, Samuel said.

The company was also ordered to include the correct levels of caffeine for Coca-Cola, Diet Coca-Cola and Coca-Cola Zero after the ads claimed the soft drink contained the same amount of caffeine as tea brewed from leaves or bags, or as instant coffee.
(Editing by Valerie Lee) 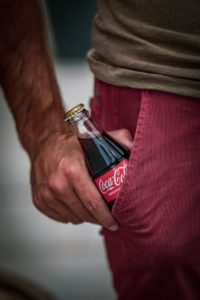 Did you know that fizzy drinks and soft drinks contain:

Research shows this can lead to osteoporosis and softening of teeth and bones. The Ohio Dental Association released this statement: “This acid begins to dissolve tooth enamel in only 20 minutes.”

Phosphoric acid also neutralizes the hydrochloric acid in your stomach, which can interfere with digestion, making it more difficult for you to assimilate nutrients.

It is vitally important that we encourage our children from an early age to appreciate the benefits of water. For our digestion, skin and overall health. The best way to avoid over-consumption of soft drinks is avoid purchasing these beverages or having them available in the fridge or pantry.

If on occasion you desire to purchase soft drink stir away from soft drinks that claim “no sugar” and use aspartame as the sugar alternative. Aspartame is a sugar alternative or artificial sweetener found in hundreds of foods, lollies, drinks, chewing gums, medicines and popular supplements. It is officially known as ‘951′ and often has the toxicity warning of “phenylketonuric: contains phenylalanine”.

Reports have found that women who consume aspartame during pregnancy have an increased chance of having a child with brain damage.

PrevPrevious ArticleUrgent Action for Midwives
Next ArticleFood Irradiation & your FamilyNext