Is there a safe mobile phone?

Is there a safe mobile phone? 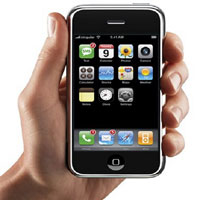 I had my handbag pinched (i-phone included) recently when we were in the U.S. and I have been desperate to purchase a new iphone. I would like to say I haven’t done so as yet because I have been pondering the safety issue but I can’t. The delay has been due to the self inflicted spending spree replacing my handbag, wallet and sunglasses (ohhhhhh the shopping in Vegas baby!!), all of which I considered were much more critical items than a new i-phone. Considering I could use my old mobile phone for the interim this purchase would simply have to wait a few weeks.

With my birthday looming the time has now arrived- my groom has asked if I would like a new i-phone (we are so romantic sometimes!!) and I am desperate to say yes but have decided I will get my butt into gear and research just how the EMR compares with i-phones and mobiles.

Now you may not like the following information (just as I didn’t) but It Is Best We Know The Details So We Can Make Empowered Choices about how we use our mobiles or i-phones. In a sense, we are improving our health literacy about an item that for some of us, to be truthful, is more of a loved appendage than it is a device!!!!!! My groom has been ‘in-training’ on how to limit his iphone use!!

You see the apparent danger with iphones is that being a multifaceted device – individuals spend more time on their iphones than they may have previously with mobile phones. Being able to access emails, the internet and thousands of fascinating applications makes living through your iphone very appealing. The danger being more usage- the more electromagnetic radiation exposure!!

So as ‘sacrilegious’ as it is – if you can – limit your iphone usage and don’t use your iphone for email. Oh the uproar!!! I can hear it now! When you read the following health risks this will make more sense…

Personally I don’t check my emails with my iphone, I don’t like to be that contactable (sorry if that sounds harsh), I find it tricky to be ‘in the moment’ with emails flying. I’d feel like I had to read or return an email while doing the school pick-up!! I answer emails from my computer when the boys are at school, Arlo’s asleep. or my family are otherwise occupied – allowing me time to think clearly. I do love being able to take notes at seminars with my i-phone and email myself these thoughts though and initially I liked the appeal of running and listening to music but after reading the information below I will certainly return to using my i-pod instead.

As for satelite navigation, internet access and various applications – these I will now limit too. One benefit I suppose of using a iphone over a mobile phone (and please don’t think that mobile phones are safer for your health than iphones – because there are simply no phones that are safe or free from EMR!!! …even cordless home phones as you’ll see below) however, is that I find using the speaker function with my iphone far more feasible than it ever was with my mobile. The speaker function enables you to keep the phone further away from your body which is a safety precaution. A minor detail I know but then I love my iphone and I’m searching for positives!

The following information is extracted from the EWG’s website.www.ewg.org/cellphoneradiation/Get-a-Safer-Phone. The EWG is a not-for-profit organisation that works to provide environmental health information for families. It is a fabulous website and I encourage you to have a look and donate whenever possible.

As mobile phones seem to become more and more sophisticated, federal regulators have never required manufacturers to prove that mobile phones were safe.

Some (not all) studies of frequent cell-phone users suggest this radiation may increase risks for cancer.

Interestingly prior to 2003, studies of cancer risk and cell phone use produced conflicting results. FDA told consumers that scientists had found no harmful health effects from exposure to cell phone emissions. (FDA 2003). But FDA’s assurances were based on studies of people who had used cell phones for just 3 years, on average (FDA 2003), not long enough to develop cancer. At that time, studies had not addressed the risks of longer-term cell phone radiation exposures.

Scientists around the world have recently associated serious health problems with using cell phones for 10 years or longer:

Our Children Are At Greater Risk

Children are likely to be more susceptible than adults to effects from cell phone radiation, since the brain of a child is still developing and its nervous tissues absorb a greater portion of incoming radiation compared to that of an adult (Kheifets 2005; Schuz 2005; Wang 2003; Wiart 2008). One recent study of 13,159 Danish children showed that young children who use cell phones and whose mothers also used cell phones during pregnancy are 80 percent more likely to suffer emotional and hyperactivity problems (Divan 2008).

While researchers in Sweden found the highest risk of brain tumors among people who started using cell phones during adolescence (Hardell 2009). Obviously the greater risk is that our children will be exposed to cell phone radiation for many more years then any of our generation have been.

To be on the safe side, EMG sugest the following tips to reduce exposures.

Look up your phone on EWG’s buyer’s guide:www.ewg.org/cellphoneradiation/Get-a-Safer-Phone. (Your phone’s model number may be printed under your battery.) Consider replacing your phone with one that emits the lowest radiation possible and still meets your needs.

The Environmental Working Group EWG has created this user-friendly interactive online guide to cell phone emissions, covering over 1,000 phones currently on the market.www.ewg.org/cellphoneradiation/Get-a-Safer-Phone

There is debate about whether looks at the SARS level of your phone really helps determine safety. Some authors even suggest itis foolish to think any phone is better then another.
New cell phones in 2010:

2. Use A Headset Or Speaker

Headsets emit much less radiation than phones. Choose either wired or wireless (experts are split on which version is safer):www.ewg.org/cellphoneradiation/Get-a-Headset. Some wireless headsets emit continuous, low-level radiation, so take yours off your ear when you’re not on a call. Using your phone in speaker mode also reduces radiation to the head.

Whether you choose a wired or a wireless headset, don’t keep the active transmitting phone near the waist (such as in a front pocket or clipped to a belt) — in this case, radiation will be transmitted towards the torso and absorbed by internal organs.

Your phone emits radiation when you talk or text, but not when you’re receiving messages. Listening more and talking less reduces your exposures.

4. Hold Phone Away From Your Body

Hold the phone away from your torso when you’re talking (with headset or speaker), not against your ear, in a pocket, or on your belt where soft body tissues absorb radiation.

So Even When Your Phone Is On And Not In Use Keep It Off Your Body!! A phone sends out an intermittent radiation signal to check which towers are in the vicinity – eg. the number of “signal bars” on the cell phone screen. So throw your phone in your handbag or briefcase rather than in your pocket. If you don’t normally carry either, then I suggest you create a new look and define a new “lunch bag” look. Food, water, diary and phone.

Phones use less power (less radiation) to send text than voice. And unlike when you speak with the phone at your ear, texting keeps radiation away from your head. With this one – if you know a call is going to take you some time – use a land line.

6. Poor Signal? Stay Off The Phone

Fewer signal bars on your phone means that it emits more radiation to get the signal to the tower. Make and take calls when your phone has a strong signal.

Young children’s brains absorb twice the cell phone radiation as an adult’s. Hmmmm, the boys wont like not being able to play games and download app’s however I’d rather limit their usage and wear the brunt of their bitter disappointment then let them overdose on EMR!!

Radiation shields such as antenna caps or keypad covers reduce the connection quality and force the phone to transmit at a higher power with higher radiation.

Cell phone headsets emit much less radiation than phones. Choose either wired or wireless (studies and experts are split on which version is safer).

According to the EWG – CORDLESS HOME PHONES GIVE OFF RADIATION TOO! Similar to cell phones emitting signals to a tower, a cordless home phone handset emits signals to the base station in your home. And like a cell phone, the cordless phone handset emits peak levels of radiation during a call. Some base stations emit radiation continually when the phone is off the base, whether you’re on a call or not. Exposures to these sustained signals have raised health concerns. To find out more about the emissions of your cordless home phone, look in the owner’s manual or call the manufacturer.

Goodness me, aside from turning into a hermit and refusing to talk to the outside world – I don’t know what to do about this one?