Wireless Technology — A Danger We Can’t Live Without

Wireless Technology — A Danger We Can’t Live Without 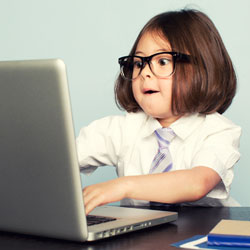 Waiting for high levels of scientific proof before taking action on electromagnetic fields can lead to very high health and economic costs, as was the case with asbestos, leaded petrol and tobacco1…

The wireless revolution has effectively changed the way we communicate with one another, enabled us to access information around the globe at the touch of a button, dramatically changed the face of the workforce and positively influenced medicine and education and for that matter, almost every other profession. Nowhere is this more obvious than in our homes: from mobile and cordless phones to baby monitors, smart meters and wireless devices.

Our homes are becoming so smart, I’m surprised they haven’t figured out how to give birth! As I write this however, I am also aware of the growing number of schools across Europe removing Wi-Fi,1 EMF free zones in France and Italy,2 a growing number of countries recognising Electrical Hypersensitivity as a functional disability3 and countries like Germany actively encouraging its citizens to avoid Wi-Fi and use hard wired connections instead.4

Questions about the safety of electromagnetic fields in our homes were first raised by Wertheimer and Leeper in 1979 who associated the incidence of childhood leukaemia with exposure to high voltage transmission lines.5 Since then there have been a flood of studies on the adverse health effects associated with electromagnetic field exposure typically found in the built environment.6 As a result of the weight of this evidence, the International Agency for Research on Cancer classified extra low frequency magnetic fields7 and radiofrequency electromagnetic fields8 used in Wi-Fi and telecommunications as Group 2B carcinogens i.e. possibly carcinogenic to humans. Had they deemed this technology to be safe and without risks to human health, they would have classified them as Group 4 not a carcinogen, but this was not the case.

Consequently countries like China, Switzerland, Italy and Russia have set exposure standards well below that recommended by the International Commission on Non-Ionising Radiation Protection.9

Despite the reluctance of the World Health Organisation to acknowledge electrical hypersensitivity as a medical condition, legal acknowledgement of the condition and compensation was awarded to an Australian doctor suffering from the condition this year.10

Children are uniquely susceptible to electromagnetic field exposure because unlike adults their skulls are thinner, their immune and nervous systems are still developing, they undergo increased levels of cell division and they will be exposed to these frequencies over a much longer period of time.11,12 Recent statistics indicate that 90% of Australian children use the internet at home, whilst almost 30% of five to fourteen year olds and 75% of high school students had a mobile phone.13

Studies on the impact of mobile phones and wireless technology on children bring up ethical and moral dilemmas that few in the scientific community are willing to pursue. In addition, apart from the threat of litigation, governments are reluctant to acknowledge adverse health effects because they have embraced the technology and in some states made it mandatory for all new school buildings,14 they rely on the millions of dollars in tax revenue, and lastly they recognise that consumers are demanding the technology.

Likewise the telecommunications industry needs to ensure dividends for its shareholders. This may explain the lack of data available on children and yet we are exposing millions of them to this technology both in our schools and homes every day. This was recently acknowledged by the Australian Radiation Protection and Nuclear Safety Authority who in February stated ‘due to the lack of scientific evidence on mobile and cordless phone use by children, we recommend that parents encourage their children to limit their exposure’.15

In the past 100 years, we have progressively added an enormous amount of man-made signals to the natural electromagnetic background of the planet to the extent that there is practically no where left that is not being influenced by it in some way. This poses an interesting dilemma for the scientific community because of the absence of a control group.

How your home influences your exposure to radiofrequency electromagnetic energy

The healthy home should not alter the natural electromagnetic background of the planet (terrestrial radiation) or introduce man-made electromagnetic fields that may pose a health risk.16 Building materials may affect the electro climate of the home in both a positive and negative way. For example radiofrequency electromagnetic energy will be absorbed through materials like brick, wood, plaster, wall board and cement and, in contrast, will reflect off metal surfaces and steel reinforced concrete.17 Let us take a metal roof as an example. The roof will reflect external sources of radiofrequencies from a nearby mobile phone tower, but will contain these frequencies arising from sources within the home creating hotspots which are impossible to determine without a high frequency meter. As you can imagine, a building biologist would strongly advise against building a steel framed house with aluminium framed windows, built on a concrete slab with a metal roof and yet this is precisely what the green movement encourages (for more green washing idiocies, refer to my book – Healthy Home Healthy Family)! Similarly using shielding paints, films and fabrics to address external sources of radiofrequencies may pose an added health risk as internal sources of wireless devices will be reflected back into the home. Consequently shielding should be considered as a last resort.

The most famous person to have electrosensitivity is Gro Harlem Brundtland former Prime Minister of Norway and retired Director of the World Health Organisation.18

Electromagnetic fields as a cause of disease has been dismissed by many authorities. There are several reasons as to why this maybe so.

Can we live in a modern society without suffering from the adverse health effects from this electromagnetic energy?

The science of reducing one’s exposure to electromagnetic energy is simple: the strength of a field decreases as the square of the distance from the source24; put simply, as you double the distance away from the source, you will reduce your exposure by 75%. This is referred to as the inverse-square law. Be wary of any devices that claim to shield or reduce your exposure if they do not create a distance between you and the source of the exposure as they are unlikely to be effective.

Transient exposure to high electromagnetic fields is unlikely to create a health concern in most individuals. However exposure to low levels over a long period of time such as during sleep is when problems are likely to arise.

Laptop computers, iPads and the new generation of iPods

We live in a sea of radiation and as technology progresses, the type and level of electromagnetic energy in our homes is only likely to increase (smart meters are designed to communicate with all of your new appliances). However this technology is here to stay and it brings with it a remarkable range of possibilities in the field of education and medical advancements amongst so many other benefits. Can we afford to sit on our hands and wait for the evidence to be conclusive before we react and do something about it? Remarkably we don’t need to. There are effective alternatives available that enable us and our children to use this technology safely. After all, we don’t want another asbestos on our hands.

1. Council of Europe Parliamentary Assembly 6 May 2011. The potential dangers of
electromagnetic fields and their effect on the environment report. Doc. 12608 (Online). Available:
https://assembly.coe.int/main.asp?Link=/documents/workingdocs/doc11/edoc12608.htm