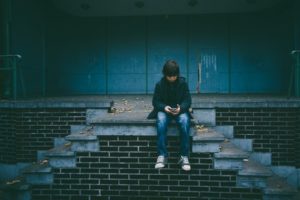 Did you know that the average 8 to 10-year-old spends nearly 8 hours a day with a variety of different media, and older children and teenagers spend more than 11 hours per day1?

Television, the long a popular “babysitter,” remains the dominant medium, but computers, tablets and smartphones are gradually taking over. Nearly one third of television programming is viewed on alternative platforms (computers, iPads, or smartphone). Nearly all children and teenagers have Internet access (84%), often high-speed, and one third have Internet access in their own bedroom.3,4

You might be reading this and thinking, “That’s ridiculous, my young child doesn’t spend that much time on a screen!” But as our children get older, it is not that hard to accrue digital time. Despite all of this media time and new technology, many parents have few rules about the use of media or phones by their children.

In a recent study, two thirds of children and teenagers report that their parents have “no rules” about time spent with media.1 Many young children also watch movies, online, on TV, or in movie theatres, that are rated for older audiences, contain adult content, and are clearly inappropriate for them.5,6 Yep, been there before on occasion. Only to have my tweens finally become more forthright about what horror movie they watched with friends without asking, and subsequently they become too scared to go to sleep.

Most children have multiple devices and I know that in our house, we don’t even have television to contend with, but my tween and teens each have iPads and smartphones. They use iPads at school. Many of their school texts are downloaded onto these devices and they also receive their homework via their iPads. They have smartphones because their school requires students to catch a bus to and from school and, for me, being able to stay in touch with them when they have after school activities or work commitments is imperative. Times are certainly changing.

Yes, it’s essential that our children keep abreast of technology in their ever-changing, fast-paced world. That’s not what we’re questioning. It’s that nagging feeling we all have that too much digital time can’t be a good thing physically and emotionally. You too are probably concerned about what YouTube videos your children might be watching and what age-inappropriate pop up ads might lure them into.

As parents today, we don’t have much experience in this new domain to draw on from our own childhoods, and our parents don’t have much advice to give either – it is indeed a new-age parenting challenge that requires some thought and self-reflection. 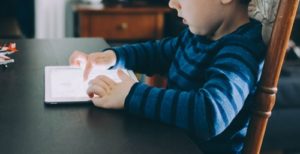 Did You Know That:

It doesn’t take a mental giant to realise these are valid reasons why so many teens are tired. And as they lean towards communicating via a screen and less face-to-face communication, why so many of them feel lonely, insecure and depressed. There’s no denying that technology is a poor substitute for personal interaction and parental support.

When screens dominate family time we become unable to help our children process events and deal with anxieties.

It’s also not uncommon these days to see toddlers playing on smartphones and iPads. It’s certainly tempting to throw screens at children all day long, giving them distractions so we too can lose ourselves to a screen. It’s easy to have children play digital games like Candy Crush Saga while we are driving or while we wait at a restaurant for dinner, but in doing so our children forgo the opportunity to learn how to engage with the world around them, to day dream, to entertain themselves, to self-soothe and calm themselves down.

If you’re like us you probably already feel concerned about the impact screens are having on your child and you are wondering what on earth to do about it. You may not wish to read further facts and figures about the impact of electronics. The reality is though that unless we build conviction around why too much screen time is harmful physically and mentally, unless we dive into the dangerous side-effects, then it’s far easier to throw in the towel and give in to our children when they rant and rave at us for restricting their access to digital equipment. We have all heard the complaints a thousand times when trying to set boundaries on screen time:

“But we have nothing else to do!”

“You’re so unfair! Everyone else can use their iPads whenever they want!”

The trick is to have a strong foundation for our boundaries so that we don’t become wobbly when our offspring next have a tirade.

Here’s the thing – our minds and bodies reflect what we do with them so the first step to minimising screen time is to uncover and examine the dangers.

• Excessive screen time, such as using a computer and/or watching TV, for more than 2 hours a day, has been linked with elevated blood pressure, elevated serum cholesterol, and incidence of excessive weight or obesity in school-aged children and youth.10

• Children eat more when they are watching TV, especially if they see ads for food.12

• Bad posture associated with electronic equipment puts extra pressure on the spine and nervous system and compromises our health and wellbeing. When children have poor posture, they may be at greater risk of poor neuro-motor development.15 The brain is unable to co-ordinate proper movements and receive and interpret messages related to balance, breathing and movement especially if the child is not physically active.15

• Excessive screen time causes physical strain and has consequences for other parts of the body including pain in fingers, wrists, neck and back and is also narrowing of blood vessels in the eye.9

• Time spent with various media may displace other more active and meaningful pursuits, such as reading, exercising, or playing with friends.

• Research shows that exposure to TV or computer games affects children’s sleep (particularly if used late in the day or evening) and deteriorates their ability to think clearly, communicate well and overall negatively influences their learning and memory.13

• An average of 4 hours of daily screen time has been linked to a full ‘grade level’ drop.14

• Despite what ads may say, videos that are aimed at very young children do not improve their development16

• Children are more susceptible to electromagnetic field exposure (given off from electronic equipment) because, unlike adults, their skulls are thinner, their immune and nervous systems are still developing, they undergo increased levels of cell division and they will be exposed to these EMF frequencies over a much longer period of time.17

• The recently completed three-year National Television Violence Study in the United States found the following:9
– nearly two thirds of all programming contains violence;
– children’s shows contain the most violence;
– portrayals of violence are usually glamorised; and
– in television shows, the perpetrators of violence often go unpunished.

• Teenagers who spend a lot of time playing violent video games or watching violent shows on television have been found to be more aggressive and more likely to fight with their peers and argue with their teachers.18

• A recent comprehensive analysis of music videos found that nearly a quarter of all Music Television (MTV) videos portray overt violence and depict weapon carrying.19

• Research has shown that even television news can traumatise children or lead to nightmares.20

• In a random survey of parents with children in kindergarten to sixth grade, 37% reported that their child had been frightened or upset by a television story in the preceding year.21 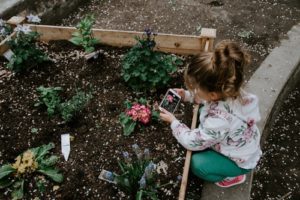 Want To Know A Little More About Electromagnetic Radiation?

Electromagnetic (EM) radiation is a form of energy that is all around us and takes many forms such as radio waves, microwaves, X-rays and gamma rays, ultraviolet, visible light and infrared light. It is a form of non-ionizing radiation which we encounter from electrical and communications equipment that excites matter but structurally doesn’t change it. None-the-less, different biological effects are observed for different types of non-ionizing radiation.

There is no evidence to prove that this technology is completely safe and without risks, many countries including France, Russia, Israel, India, Italy, China, Poland, Bulgaria and Switzerland have exposure standards to radiofrequency electromagnetic energy (used in wireless technologies including mobile phones and Wi-Fi) that are one hundred times lower than what is permitted in Australia and the US.23

According to the Council of Europe, “Waiting for high levels of scientific proof before acting on electromagnetic fields can lead to very high health and economic costs as was the case with asbestos, leaded petrol and tobacco.”17

Some sources of electromagnetic radiation include:

Wireless internet is different to the frequencies used in radio and TV, this technology uses a pulsed microwave radiation like mobile phones, except it does so on a continual basis. There is growing concern amongst parents, teachers and scientists about its impact on children to the extent that many schools in the UK, France, Austria and Israel are removing them.22

According to Nicole Bijlsma17 a building biologist and author of the best seller – Healthy Home Healthy Family, “Questions about the safety of electromagnetic fields in our homes were first raised by Wertheimer and Leeper in 1979 who associated the incidence of childhood leukaemia with exposure to high voltage transmission lines. Since then there have been a flood of studies on the adverse health effects associated with electromagnetic field exposure typically found in the built environment.

Because of the weight of this evidence, the International Agency for Research on Cancer 24 classified extra low frequency magnetic fields and radiofrequency electromagnetic fields used in Wi-Fi and telecommunications as Group 2B carcinogens i.e. possibly carcinogenic to humans. Had they deemed this technology to be safe and without risks to human health, they would have classified them as Group 4 not a carcinogen, but this was not the case.

Consequently, countries like China, Switzerland, Italy and Russia have set exposure standards well below that recommended by the International Commission on Non-Ionising Radiation Protection.”

Adverse health effects that are occurring in people sensitive to this type of radiation include25:

Bijlsma continues, “Studies on the impact of mobile phones and wireless technology on children bring up ethical and moral dilemmas that few in the scientific community are willing to pursue.

In addition, apart from the threat of litigation, governments are reluctant to acknowledge adverse health effects because they have embraced the technology and in some states made it mandatory for all new school buildings, they rely on the millions of dollars in tax revenue, and lastly they recognise that consumers are demanding the technology.

Likewise, the telecommunications industry needs to ensure dividends for its shareholders. This may explain the lack of data available on children and yet we are exposing millions of them to this technology both in our schools and homes every day. This was recently acknowledged by the Australian Radiation Protection and Nuclear Safety Authority who in February stated ‘due to the lack of scientific evidence on mobile and cordless phone use by children, we recommend that parents encourage their children to limit their exposure.”17

WHAT CAN WE DO TO PROTECT OUR CHILDREN FROM THESE DANGERS?

Given the evidence, facts and figures above regarding the dangers of too much screen time, what can we do to help our children? 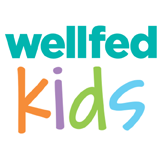 Our families are certainly not immune to the demands of our “plugged in” world but we do however believe there is a way to strike a balance. In the Well Fed Kids App, we go through A 6 Step Process for Screenoholic Families, with strategies and solutions to help your family get over screen addiction ☺. Sometimes we all lose our way or our children stretch the boundaries, and we must circle back to the ground rules and mark our scent again.