Why Soy Gets A Bad Wrap: Part II

Why Soy Gets A Bad Wrap: Part II 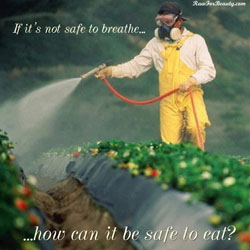 In Part I of Why Soy Gets A Bad Wrap, I spoke about the GMO’s, herbicides, hormones and acids found within soy products. I want to continue the conversation about the processing of soy products and give some insight into the dangers of hydrogenated soybean oil.

In this post I will also be discussing the subsidisation of soy products in the US and the soy industry itself. In case you haven’t read Part I and II, it’s becoming known that soy products aren’t all that healthy they’ve been said to be! Several reports have found that soy products have been linked to ailments such as cancer, thyroid dysfunction, major hormone disruption, miscarriages and the list goes on. I am a big believer that we consume so many highly processed, highly refined, high sugar-content foods and the damage we are causing to our bodies is alarming.

Dr Mercola often refers to Americans in his reports; however, his findings do not just relate to the United States, they can be applied worldwide.

A common by-product of soy is hydrogenated soybean oil, which is used in so many processed foods to enhance flavour, prolong shelf life and promote “health”, all because it contains soy, a “healthy” alternative to sugar and other processed ingredients. Amazing isn’t it? Please don’t fall victim to the food industry, for their concern is primarily profit, not our health nor wellbeing. This ingredient is particularly unfavourable and dangerous for a few reasons. Hydrogenated soybean oil contains trans fats, is highly processed (explained in Part I) and unfortunately the soybeans are genetically modified to withstand the herbicides that are sprayed on the plant before they are harvested (explained in Part II). Here are a few of the health risks that are allegedly associated to the consumption of trans fats, according to Dr Mercola:

The fat contained in soybean oil is mainly Omega-6 fat, which even though is vital to our health; it’s only needed in very small amounts because it’s so common within our diets already. According to Dr Mercola, there is an unhealthy imbalance of Omega-6 versus Omega-3 fats in the average person’s diet due to the high amounts of processed foods that are consumed. Additionally, the Omega-6 found in soybean oil reportedly promotes inflammation, which is the underlying cause of most illness in the body. Omega-3 fats, sometimes known as essential fatty acids, can be found in oily fish such as salmon, nuts, seeds, avocados, coconut oil, flaxseeds and walnuts.

Our bodies rely on us to eat a variety of foods that are rich in Omega-3 and Omega-6 since they are not produced internally. The “good fats” found in Omega-3 rich foods aid in preventing and reducing inflammation and are vital for optimal brain health and development. It’s important that rather than excessively consuming processed foods that contain harmful ingredients such as soybean oil, we eat a balanced diet that also incorporates essentially fatty acids to counteract any inflammation in the body.

Don’t be fooled by manipulative advertising that promotes soybean oil as a “healthy” alternative to oils and fats. Companies make a profit from people’s faith in the industry, because people are buying these “health” foods to attempt to live a healthier lifestyle through their diet. Please try not to feel disheartened by this, but feel empowered to research and collect information that is going to help you make better choices around what to nourish your bodies with.

The soy industry and the US subsidisation scheme:

According to Dr Mercola, soybeans are the third most subsidised crop in the US, behind corn and wheat. The main reason behind agricultural subsidisation? Mass production. Every wondered why it costs more to buy a head of broccoli, than to buy a loaf of bread? The answer is because the government funds the mass production of foods like corn, soybeans, wheat and rice so that foods such as bread can be made to feed millions of people at a very low cost. There are thousands of products that can be made out of soybeans, corn and wheat, and if the government is funding the production and farming of such foods, the world can be fed a variety of different foods very inexpensively. Inexpensive for them; but very expensive for our health.

Our bodies cop the consequences of eating foods that are produced from these crops, because these crops are genetically engineered so that they grow faster, bigger and withstand any herbicides that are sprayed onto the plant. We are ingesting the by-product of genetically engineered, chemically treated and processed foods and it’s all so that the government can keep costs down, and make a profit.

Elaine Hollingsworth describes just how powerful the promotion of soy is in the Western world:

“To this end, American soybean farmers contribute approximately US$80 million per year to finance what is one of the most effective propaganda campaigns ever know to the Western world. The resultant high-powered publicity blitz ensures that ‘news’s stories about soy’s benefits are everywhere, reinforced by multi-million dollar advertising campaigns.” (2007)

It’s safe to say that the soy industry is run by money, not science nor health. According to Hollingsworth, there have been several scientists, not paid by anyone, who have come forward and revealed the dangers of consuming soy products. Unfortunately, many of these scientists are paid to keep their mouths shut. And so the vicious cycle goes on.

Ever heard of the FDA? Governments around the world have established statutory bodies that regulate the safety of foods that enter supermarkets and “protect” us from any foods that pose any potential threats to our health. According to Elaine Hollingsworth, The Australia-New Zealand body, called Food Standards Australia New Zealand (FSANZA) prepared a document in 1999 that assessed the risks of soy based formulas to infants and small children. It read:

Anyone would think, “Phew, thank goodness that these statutory bodies are there to protect us from these products.” Read on! According to Hollingsworth, three years later after being questioned about soy-based infant formulas, the same body declared:

“….there is no evidence that exposure of healthy infants to soy-based infant formulas over 30 years has been associated with any demonstrated harm.” (2007)

This excerpt from Elaine Hollingsworth’s book is a clear demonstration of how government bodies are only interested in profit and although they promote “healthy” products, they do not make profit from our health.

It’s easy to feel confused, angry and disheartened by the information we read about industries that make a steady profit from their mutli-million dollar advertising campaigns. I encourage all of you to do extra research and read, read, read as much as you can about what you’re putting into your bodies. Health is a choice, and by spreading this kind of knowledge, we enable choice and empower more people to say ‘no’ to foods that are subsidised by the government, and instead allow room for the organic industry to flourish.

PrevPrevious ArticleWhy Soy Gets A Bad Wrap: Part I
Next ArticleDiastasis RectiNext