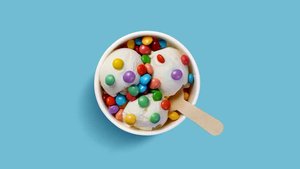 Hmmmm – seems The American Academy of Pediatrics have recently stated that food colourings are not the innocuous stuff most people consider them to be. What’s more, (wait for it) they may actually be dangerous to children. If you’re reading this blog, chances are this IS NOT ground-breaking news for you. So here’s a few take home points to give you a boost of intestinal fortitude to continue resisting fake foods.

The American Academy of Pediatrics (AAP) just issued a policy statement about the risks to children’s health of the more than 10,000 chemicals directly or indirectly added to food and “food contact materials” in the U.S. 1

WHY the report?
What’s their concern?

With 38% of children either overweight or obese, the childhood obesity epidemic tends to top the list of concerns for many governments, along with related issues such as children’s fast food consumption and the damaging effects of junk food advertising.

According to the report the majority of additives in U.S. foods have undergone either inadequate or zero regulatory over-sight 1

A recent nationally representative survey outlined that about 60% of the calories consumed by Americans come from “ultra-processed” foods and beverages—defined as products resulting from “several sequences of industrial processes” and including additives “used to imitate sensory properties of foods or to disguise unpalatable aspects of the final product.”2

Alarmingly, the survey showed that adolescents (10- to 19-year-olds) were among the biggest consumers of ultra-processed foods and that their intake of these foods increased from 2007 to 2012, rising to over two-thirds (68%) of total calories consumed.

Published in July 2018 in Pediatrics, The American Academy of Pediatrics (AAP) policy has three primary aims:

The organization outlines some of the issues: 1

The American Academy of Pediatrics’ study 1 follows decades of other studies that showcase the many harms of food dyes and colors. A study published in the medical journal Prescrire International found that artificial food colours are linked to hyperactivity in children.3

While there are many possible factors involved in ADHD, clearly ingesting food colorus is a serious threat to children. Yet, regulators continue to do almost nothing to stop the rise in serious health conditions linked to food colours and other additives. The government currently allows 10,000 chemicals to be added to food in the United States under the 1958 Food Additives Amendment to the 1938 Federal Food Drug and Cosmetic Act. 1

Over 93 percent of these chemicals have never been tested for their potential dangers to humans. Instead, the government has used a system whereby chemicals are classified as GRAS or generally recognized as safe, when indeed few of the chemicals added to foods have ever even been explored for their safety. 1

The endocrine-disrupting effects of the additives found in food are of particular concern in early life, when developmental programming of organ systems is susceptible to permanent and lifelong disruption. The AAP authors also seek to raise awareness about the many chemicals indirectly added to food, namely the “adhesives, dyes, coatings, paper, paperboard, plastic, and other polymers, which may contaminate food as part of packaging or manufacturing equipment.”

Specifically, they discuss the bisphenols that line metal cans; phthalates used in the manufacturing process as adhesives, lubricants and plasticizers; and packaging chemicals such as perfluoroalkyl chemicals (PFCs) and perchlorate.

As a group, these chemicals have been associated with endocrine, neurodevelopmental and thyroid disruption, immunosuppression, low birth weight and other health issues. The endocrine-disrupting effects of the additives found in food are of particular concern in early life.4

Outside of the U.S., other countries are taking “a more precautionary approach,” such as in the European Union, which requires warning labels for food dyes.4 The AAP authors suggest that it is time to “come together” in the same way as other countries “to advocate for the protection of children’s health.”

At the risk of sounding sarcastic,
“You think??”