How GE foods threaten our children

How GE foods threaten our children

Genetic engineering is a food experiment unlike any the world has ever seen.

Are we, along with our children merely guinea pigs ? ‘Frankenfoods’ or gentically modified foods have created one of the great controversies of our time and for parents they pose a very real health threat. 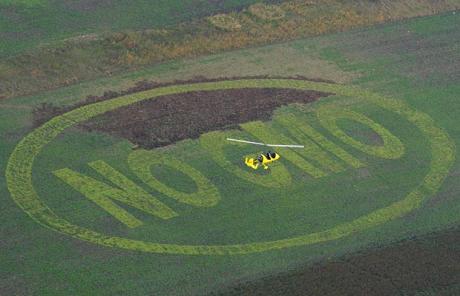 Interestingly no long term studies have ever been done on GE Foods and no one can tell us whether they are indeed safe. What we do know is that GE foods contain substances that have never before been a part of the human food supply. Which then poses the question what does this mean for the future of mankind? Indeed, how will these foods effect our children?

Tampering with nature may very well mean introducing allergens into foods that weren’t there before and is one of the main concerns about GE crops. Children are more susceptible to nutritional problems and they are three to four times more prone to allergies than adults.Children under two years of age, are at greatest risk – even tiny amounts of allergens can cause reactions, especially  new allergens encountered in their diet.

-GM corn is particuarly problematic for children as kids tend to eat a higher percentage of corn in their diet. We need to be diligent in our assesment of purchased breakfast cereals, breads, baked goods, and the obvious favourite, popcorn.

– Fortunately in Australia farmers are not permitted to use genetically engineered bovine growth hormone (rbGH). Parents abroad will need to investigate whether (rbH) has been used with the dairy products they purchase as it is well documented that cows treated with the genetically engineered bovine growth hormone (rbGH) contain an increased amount of the hormone IGF-1, which has been linked with increased rates of breast and prostate cancer.1 Please choose the highest quality dairy products you can afford, organic and biodynamic wherever possible.

-The British Medical Association stated one reason to call for a moratorium of GM foods is that “children will be in greater danger of antibiotic diseases, due to the use of antibiotic resistant genes in GM food”2 fresh produce purchases and try to prioritise buying organic wherever possible.

*Recent shocking revelations that one of Australia’s most popular baby formulas – S-26 Soy – had repeatedly tested positive for genetically modified (GM) organisms and yet remains unlabelled has lead to protests and arrests at Woolworths in Sydney and Coles in Melbourne.

We all deserve to know whats in our food. .

In Australia: most of the GM foods available  today come from GM crops grown and processed overseas. To date, the only GM food crops approved for growing on a commercial scale in Australia are certain varieties of GM cotton and two varieties of GM canola.

While only three GM crops are approved for growing in Australia there are MANY other GM food products that have been imported from overseas and approved for consumption in Australia. Consumers can most often determine if a food product contains GM ingredients by simply looking at the label, as currently all food containing GM products are legally obliged to be labelled as such.

“The True Food Network”  is reporting that US biotech companies are lobbying to stop the Australian Government from labelling genetically engineered (GE) products, on the basis that this would be ‘an undue restriction on trade with the US’.”3) Greenpeace is supporting a campaign by the Australian Fair Trade and Investment Network which calls on the Australian Government to put the interests of its citizens before the profits of the multinational companies.

“The US biotech industry group’s submission on TPPFTA calls for no GE labelling that could restrict trade of biotech products with the US. The group also calls for countries to do-away with any local safety testing on GE products, as according to the biotech lobby group, they have already been proven safe in the US and local testing requirements create an undue regulatory burden on business.”4

We can help  protect Australia’s health and environment against the profit-seeking motives of US biotech firms by raising awareness about GMO and/or becoming involved with Greenpeace or similiar anti-GE groups.

The great debate over genetic engineering continues and with our children’s health and vitality, indeed the future of their world, being so potentially modified and tampered with, we as parents need to become informed and active participants. I urge you to stay abreast of developments and pay attention as governmental pressure to accept GE foods insidiously steps up over the next 2-5 years.

Please get involved, be informed.

Please also see  “ Which brands of food to NOT buy when avoiding GE Ingredients?” post.