PFA’S And Its Use In Non-Stick Cookware

PFA’S And Its Use In Non-Stick Cookware 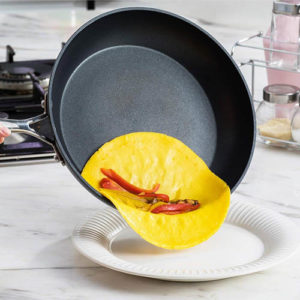 When it is time to buy kitchen appliances we are all familiar with the option of buying non-stick, easy to wash and overall efficient cookware. The convenience of these products makes them a must in most households around the world. However, although effective, the man-made chemicals used to create these non-stick properties “PFA’S”, have been linked to serious health risks.

Per and polyfluoroalkyl substances (PFAS) are a group of man-made chemicals that include PFOA, PFOS, GenX, and many other synthetic materials.  PFAS have been manufactured and used in a variety of industries since the 1940’s. While most known to be used in non-stick Teflon Cookware, these chemicals have also been manufactured for a variety of other ‘goods’ such as food packaging, stain/water-repellent fabrics and many household products such as cleaning appliances.

More and more information has come to light in the last few decades showing that these chemicals pose serious health risks. When these non-stick surfaces are heated, they emit dangerous fumes, which causes tiny Teflon particles and chemical fumes to be released into the air1. These particles are considered incredibly toxic and have been shown to kill household pet birds1. Sounds far-fetched?

In the 1950’s, workers at the company DuPont, who first created the Teflon polymer, began getting sick with polymer fume fever, complaining of tightness of chest, malaise, shortness of breath, headache, cough, chills, temperatures between 100 and 104°F, and sore throat2. Scientists started to study heated Teflon and found that polymer fume fever could potentially become fatal by progressing to a condition known as pulmonary edema2. The Environmental Working Group stated: “Since DuPont’s discovery of polymer fume fever, cases have been reported in the peer-reviewed literature of the same illness stemming from home kitchen exposures.”2 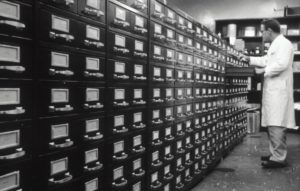 Teflon was first created in 1938 by Roy Plunket a DuPont chemist. Plunket was searching for a lubricant/surfactant when he discovered a solution that turned out to be a fluorocarbon—Polytetrafluoroethylene (PTFE). This unusual bond between the fluorine and carbon gives to its extreme slipperiness and amphiphilic property and makes it inert to almost every known chemical; 3 obviously though this is not an ideal property to have entering our bodies.

DuPont then began using another laboratory-formed chemical known as Perfluorooctanoic (PFOA) acid, or C8 (because it contains eight carbon molecules). C8 is an extremely stable chemical and does not biodegrade3. Sadly, this chemical can now be found in trace amounts in the bloodstream of more than 98 percent of Americans, and even in umbilical cord blood and breast milk, according to the Centres for Disease Control.2

C8 was found in waterways around the DuPont manufacture sites5 as well as the bloodstreams of workers which showed signs of serious health risks.

Whether DuPont were delusional or simply arrogant enough to ignore the destructive health effects their chemicals and products were having, they continued with manufacturing and production. In 1981, the company ordered all female employees out of Teflon division after two out of seven pregnant workers gave birth to children with birth defects.2

It is concerning that after 50 years of use, PFAS have only recently been classified as a potential carcinogen by The International Agency for Research on Cancer (IARC) which is part of the World Health Organization (WHO). It was only in 2015 that the most notorious PFAS chemical – PFOA– were phased out under pressure from the Environmental Protection Agency after significant scientific evidence of serious health problems came to light. We must remember that only 5 chemicals in the last 40 years have ever been banned by the environmental protection agency: asbestos, PCBs, dioxin, CFCs, and hexavalent chromium.4

Although the manufacturing of PFOA(C8) AND PFOS are now banned in the US, evidence suggests the next-generation PFAS chemicals created (GenX and PFBS) are potentially as toxic4. EPA published a draft toxicity review for GenX and PFBS, both part of the PFAS family of chemicals. Environmental Working Group’s analysis of EPA’s assessment shows that very tiny doses of GenX and PFBS could present serious health risks, including harm to prenatal development, the immune system, liver, kidney or thyroid4.

“EPA has allowed hundreds of similar chemicals on the market without safety testing. “This broken system has enabled DuPont and other companies to contaminate nearly everyone on Earth, including babies in the womb, with these chemicals4.”

You may be wondering, why are these chemicals still legally allowed to be bulk produced and used?”

That is a question many environmental and health agencies have been pursuing for decades and are committed to vetoing.

For more insight on the Dupont’s History there is a new film ‘Dark waters’ starring Mark Ruffalo which was released last year. It uncovers the chemical manufacturing of PFA’s by Dupont and its unregulated contamination to its workers and the public. A must watch! 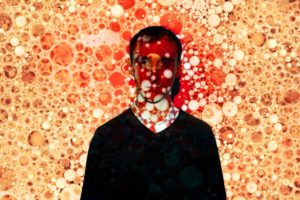 What are the potential health risks associated with PFAS?

Numerous studies have shown that PFA’s may be at cause or contribute to the following health issues: 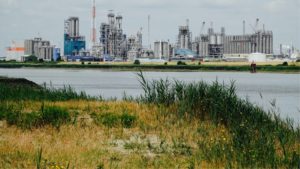 As previously mentioned, the new chemicals and products being produced after Dupont’s legal action, are being labelled as “PFOA/C8 free” yet pose chronic health risks. The Environmental Protection Agency EPA’s toxicity studies have found adverse health risks showing that the liver is sensitive to GenX chemicals, and the kidney and thyroid are sensitive to PFBS”10,11

With all these alarming health concerns in mind, it is imperative that we reassess what type of cookware we allow in our houses. While the allure of non-stick pans is definitely enticing, these peer review studies are compelling.

In the next article ‘Alternatives to non-stick cookware’ we will provide alternatives that produce excellent cooking results without the unwanted chemical load!

Method: Used to gather an insight on PFA’s

PrevPrevious ArticleAlternatives To Teflon Non-Stick Cookware
Next ArticleConstructs That I Hold To Be True, Amidst the Chaos.Next