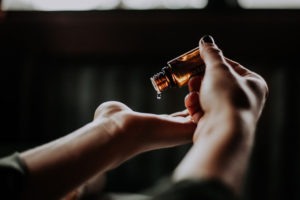 Oregano oil is widely known as nature’s potent defence against harmful organisms. This is handy don’t you think – considering our novel COVID-19.

I urge you to try this oil. If ever there’s an opportunity to try nature working at its best – it’s this. When I pop a few drops in my mouth within minutes I feel it coating my tonsils and throat like a beam of warm sunlight. Every time I feel it working.

Not only is Oregano oil highly respected within the natural health community, but it is also widely studied by the scientific community for medical use. The research and analysis of oregano oil have encompassed many topics. Here are a few.

“New, safe agents are needed to prevent and overcome severe bacterial, viral, and fungal infections. Based on our previous experience and that of others, we postulated that herbal essential oils, such as those of origanum (oregano oil) …offer such possibilities.”3 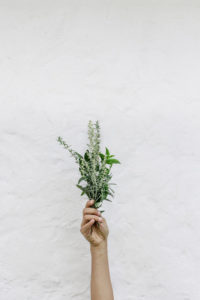 Oregano oil is high in phenols, which are natural phytochemical compounds with beneficial antioxidant effects. The two most abundant phenols in it are thymol and carvacrol.

Here’s how they, plus the other components in oregano oil, work:5

It is also known for helping prevent and treat infections, such as: 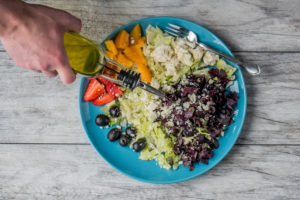 As I said earlier oregano oil has also shown promise in preventing foodborne illnesses caused by pathogens like listeria, salmonella, E. coli, and Shigella dysenteriae.19,20 Adding it to foods not only helps kill the bacteria but may also alleviate food poisoning symptoms.

How Does Oregano Oil Work?

The compounds in oregano oil work together to provide the antimicrobial effects this oil is so well-known for. Carvacrol is its most important component and is responsible for many of its health benefits. Carvacrol has powerful antimicrobial properties and has been shown to help break through the outer cell membranes to help protect you from bacteria aiding your immune system.21

Oregano oil can either be applied topically or ingested, depending on the condition you’re using it for. However, I advise against using the oil full-strength, as it can irritate your skin. Do not apply it to broken skin or open wounds.

Side Effects of Oregano Oil and who shouldn’t use it.

Some people may experience stomach upset when ingesting oregano oil (or even the herb itself). Those who are allergic to plants from the Lamiaceae family (mint, lavender, sage, and basil) should also avoid this oil, as they may also develop an allergic reaction.22 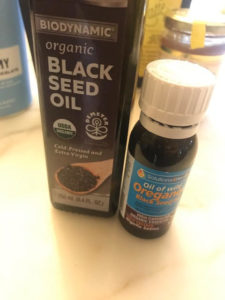 Oregano oil is also NOT advisable for infants and children. Pregnant or nursing women are discouraged from using oregano as the oregano oil may cause miscarriages or premature birth. In addition, there are insufficient studies to prove that oregano oil is safe for both pregnant and breastfeeding mothers.23 That said there is no evidence to suggest consuming oregano as a herb (versus purchased herbal liquid) in meals when pregnant or breastfeeding is dangerous so I would certainly still include this health assisting herb – regularly in your diet.

This is the brand of Oregano oil that I use, Solutions4Health. I’ve found it to be incredibly medicinal. I grabbed it through a health food store but you can probably find it online too.

Please also take a read my blog on Black Seed Oil. Both of these oils are remarkably powerful for supporting our health at this time.

17 Journal of Parasitology Research May 2006

PrevPrevious ArticleBlack Cumin Seed Oil: Get Around It!
Next ArticleWhen Cleaning Products Aren’t So “Clean”Next

1 thought on “Support Your Immune System With Oregano Oil”