10 Must-Knows on the Dangers of Artificial Fragrances

10 Must-Knows on the Dangers of Artificial Fragrances 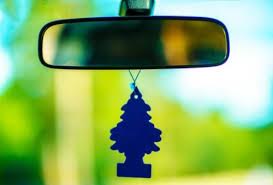 The other day I drove my son’s car and within a few minutes I pulled over and searched the vehicle high and low. I was a woman possessed searching for a smell that was so treacherous that I simply had to get rid of it. Like a specially trained K-9 narcotics sniffer dog I searched and found the small piece of cardboard that I had been looking for, walked to a nearby garbage bin and threw the illicit little scented cardboard tree away knowing full well that I’d have to explain myself later.

The smell however had been so overpowering and nauseating that I had to keep his windows open all day just to clear out the residues of the fragrance.

One of my sons’ lovely friends had generously bought him the air freshener tree as a “car warming present” a small gift to celebrate his licence and his new set of wheels but I’ll have to sweetly tell him that he needn’t have and share with him the health pit falls of fragrances.

Now I know I’m not alone in detesting these kinds of artificial fragrances, many of us find the smells horrid. Most of us also have a sense they cause more harm than good. Here’s what The Natural Resources Defence Council (NRDC) an international environmental organization says in their study called, “Clearing the Air: Hidden Hazards of Air Fresheners” in which they found 86% of air fresheners tested contained dangerous phthalates.

Here’s their summary on the impact of car freshener ingredients: 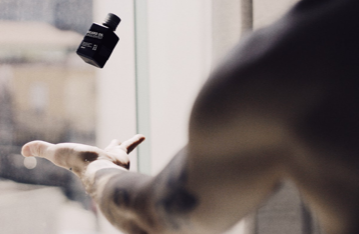 More than 95 percent of the chemicals in synthetic fragrances are derived from petrochemicals. These chemicals include: benzene derivatives, aldehydes, phthalates, and a slew of other known toxins that are capable of causing cancer, birth defects, nervous-system disorders and allergies—some of which are cited on the EPA’s hazardous waste list.

“Fragrance” is a cover-up name for phthalates – a very well documented family of chemicals now thought to contribute to a number of hormone imbalances, including thyroid problems in both men and women as well as early puberty in girls.

Phthalates – these chemicals are in pretty much in every product imaginable, from household cleaners to cosmetics to personal care products and perfume. This chemical acts as a binding agent and is also used to make plastics more flexible. Phthalates are used as plastic softeners, anti-foaming agents in aerosols, in vinyl found in children’s toys, automobiles, paints, pesticides, and in cosmetics and fragrances.

Things We Now Know About Fragrance And Phthalates:

A study by researchers, from the University of California, Berkeley, and Clinica de Salud del Valle de Salinas, compared body chemical levels with usage of chemical-containing products. The researchers noted that adult women, but most especially female teenagers are at a greater risk of exposure as they are the largest group of cosmetic users and personal care items. 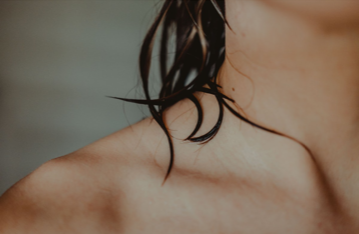 “Because women are the primary consumers of many personal care products, they may be disproportionately exposed to these chemicals,” said study lead author Kim Harley, associate director of the UC Berkeley Centre for Environmental Research and Children’s Health.

“Teen girls may be at particular risk since it’s a time of rapid reproductive development, and research has suggested that they use more personal care products per day than the average adult woman.”

These chemicals are ubiquitous in everything from cosmetics to hair products, soaps and sunscreens. Previous studies had already shown interference from exposure to these chemicals in animals, those exposed presenting with endocrine issues.

The researchers took urine samples before the products were removed from the participant’s exposure. Then they gave the teenagers the low-chemical products to replace the chemical ones and tested their urine samples again, three days later.

The results were substantial. The report noted:

How To Avoid Fragrance And Phthalates?

Removing the chemical burden, you place on your body every day is vitally important in minimizing the detrimental effects that are now scientifically proven to harm our body and that of our children. 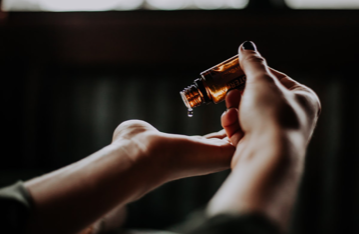 The simplest way you can minimize this burden is by:

If a manufacturer isn’t willing to list ALL of a product’s ingredients on its label, that’s a deal breaker for me.

Consider shopping at your local health food store for organic and/or natural options.

Association between prenatal bisphenol A and phthalate exposures and fetal metabolic related biomarkers: The Hokkaido study on Environment and Children’s Health. https://www.ncbi.nlm.nih.gov/pubmed/29223775

Phthalates and Cumulative Risk Assessment: The Tasks Ahead (2008) Committee on The Helth Risk of Phthalates Board on Enviromental Sutdies and Toxicology National Reearch council of the national Academies