Are there Risks in Giving Children Common Medications

Are there Risks in Giving Children Common Medications 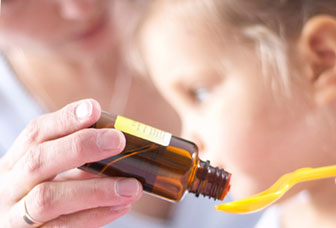 When our child has a raging fever or an acute earache we feel pressed to act quickly. We often automatically reach for paracetamol to reduce their pain and fever, to calm them down and help them sleep (Allotey, Reidpath & Elisha, 2004)

Signs that maybe we should think twice…

There are millions upon millions of drug prescriptions given to children every single year. The question is:

Why have these medications, ones that have been used for decades, only recently become restricted?

The FDA and the drug companies have had to respond for to two separate concerns:

Cough and cold medications, most of which are over-the-counter, show especially high use in children. Studies have found that 75% of 3-4 year olds and 50% of 5-7 year olds had been given cough and cold medications in the past year (Vernacchio, 2008). Pseudoephedrine (a decongestant and a base ingredient for the street drug ‘speed’) and dextromethorphan (for coughs, also used as a street drug similar to ketamine and ‘angel dust’) were among the leading medications given to children under the age of 12 (Schaefer, 2008).

Numerous experts have expressed concern that there is insufficient evidence that these drugs have any benefit in children, and many have called for the products to be entirely withdrawn until more research is done (Schaefer, 2008). Out of the 6 randomised controlled trials done since 1985, not one showed any advantage of cough and cold medications for children over placebo (Bell, 2010).

Many parents may not be aware of this lack of evidence, and a great number believe these drugs are safe. In fact, 64% of parents responding to a national survey in the US considered these drugs to be very safe or somewhat safe and 20% stated that they planned to give them to their children under 2 (Schaefer, 2008). Bell notes that in the past decade 750,000 calls have been made to poison control centres in regards to these drugs and that the FDA has investigated the deaths of 123 children.

Part of the problem is that these drugs in particular are fraught with risk of overdosing. The recommended dosage for children is not based on scientific data but is taken from data that relates to the average 60kg adult. In doing so, there has been a failure to recognise that children process drugs differently from adults, and that the colds experienced by children may not be the same.

Paracetamol is the most commonly used pain medication in children; A survey of 40 parents found that at some point in time, all had administered paracetamol to their children when the child was not feeling well, was teething or couldn’t be settled (Allotey 2004).

In the largest study ever conducted on the long-term side effects of paracetamol use in children (looking at over 200,000 children from 31 different countries), it was found:

An Australian report on paracetamol by the 7.30 Report (ABC TV, 2002) noted that paracetamol generates more calls to poison information centres than any other substance and that one Sydney hospital alone recorded 17 cases of liver failure in children from paracetamol from 1985-2002. Another study  looking at medication ‘adverse event reports’ received by the FDA between 1997 and 2000 for infants and children under 2 years, showed that paracetamol was the 6th most common drug listed in those reports as the suspected cause of serious or fatal outcome (Moore, Weiss, Kaplan & Blaisdell, 2002).

In the journal Paediatrics (Finkelstein 2000), which reported that half of a group of 161 paediatricians surveyed about fever management reported that they regularly advise parents to alternate between acetaminophen (Tylenol) and ibuprofen (Advil or Motrin). This is particularly alarming since the authors of the study report that there is presently no scientific evidence that this is safe or achieves faster resolution than either agent alone. The frequently recommended practice of alternating doses of acetaminophen with ibuprofen has never been studied; in fact, this practice may lead to parental confusion and overdosing of medication (Mayoral 2000). The study showed that parents interviewed perceived acetaminophen as a safe drug, and were unaware of its potential consequences of allergic reactions and liver damage when given incorrectly.

As Derasse, Klein and Weiser (2005) note, the risk of paracetamol overdose in children may be due to the narrow window between a medically active dose and a toxic dose —often narrower still when multiple doses are given, in which case the harmful dose may be only just greater than the recommended maximum dose.

Are there benefits to having a fever or catching a cold?

Advertising has given us the perception that the natural thing to do when our child is ill is to give them medication, creating powerful images that associate medication use with compassion for our children. Many of us are familiar with the message that we can help our child to “soldier on” by giving medication and “turn a sick day into a work day” (Craig, 1992). These messages were so successful in Australia that in the space of four years, from 1992–1996, more over-the-counter medication was sold and used than in the entire preceding decade (Allotey et al., 2004).

However, it is important to understand that whilst uncomfortable, fevers may be beneficial. In fact Fever may shorten the duration of illness and improve survival by killing bacteria and viruses and enhancing the immune response (Blatteis, 2003). There are always safe ways to manage fevers and it is important parents know when it is safe to nurse their child through a fever, versus when they may need to seek the guidance of a practitioner to help lower a fever. Be proactive and make sure you research fevers further.

PrevPrevious Article45 Ideas Worth Sharing
Next ArticleLaugh… Whenever You Can!Next