A Note On Salt…

A Note On Salt… 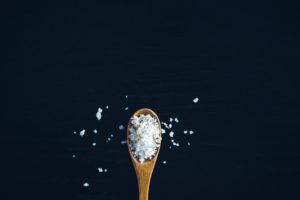 Lots of people worry about eating salt particularly as Heart Associations across the world say that salt is bad for us. Clarification is needed here though as they are referring to table “salt,” not high-quality unrefined Sea salt or Himalayan salt.

Salt is actually a wonderful thing. In fact, every cell in our body needs salt. Our bodies rely on salt to keep good bone density, proper circulation and stabilised blood sugar levels. But are you confused as to which is the better type of alternative salt?

Here’s some good general information for you on table salt and our summary of other beneficial salts:

Table salt is mainly mined from underground salt deposits and it’s heavily processed to eliminate healthy minerals. According to Dr. Edward Group, table salt is manufactured by taking natural salt (such as crude oil flake leftovers) and heating it to 1,200°F. During this extreme process, the chemical composition is completely altered, and all the nutritional benefits are destroyed.

In the end, the generic table salt ends up being about 97.5% sodium chloride and a 2.5% balance containing an array of ingredients, including anti-caking chemicals, MSG, and/or white processed sugar to help stabilize the iodine, and aluminium derivatives, such as sodium silico-aluminate. Maybe read that again.

Ultimately, this processed salt puts people at risk of developing cardiovascular events and chronic diseases because of elevated blood pressure and arteriosclerosis. Additionally, most table salt is iodised and puts people at risk for over-iodisation, which has been shown to abnormally enlarge the thyroid gland and cause thyroid problems, such as thyroid-related autoimmune disorders. Excess iodine in the diet can also lead to nausea, headaches, and unhealthy hormone levels. 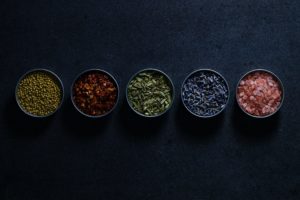 Himalayan salt is harvested from a large salt mine in Pakistan. With a history dating back to Earth’s creation, it’s believed to be composed of dried remnants of the original, primal sea. It has a pink colour due to the presence of iron oxide.

It also contains about 80 natural minerals and elements. It’s popular in Ayurvedic, Tibetan, and other traditions. Many believe that Himalayan salt offers numerous health benefits and its unique cellular structure allows it to store vibrational energy.

While Celtic sea salt has a greyish hue, it is naturally harvested in Brittany, France, near the Celtic Sea using a 2,000-year-old Celtic method that is crucial to preserving its life-giving nutrition profile.

NOTE: Of course, like any purchase – you get what you pay for so also check the source of origin of your salt and check there are no added ingredients and that there’s no unnecessary processing. 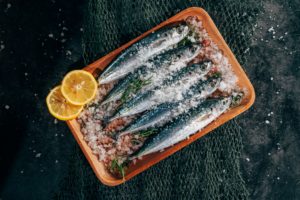 We are told that Himalayan salt is mined from pure unpolluted mountains of the Himalayas from deposits laid down eons ago so it apparently has the best minerals with less harmful elements like heavy metals.

According to some reports, Celtic sea salt has a better mineral content however, and is more balanced, with double the magnesium and one-fifth of the sodium than other salts. Unlike Himalayan sea salt, apparently Celtic salt does not contain pollutants washed down from our civilizations on land and the kind of mercury that Celtic Salt contains helps us to deal with toxic heavy metals, including methyl mercury. 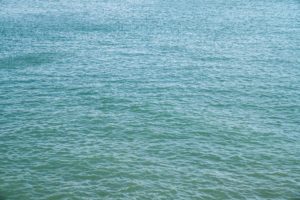 Wait – what about pollutants in the sea?

The action of waves in oxygenating seawater and the action of sunlight and marine microorganisms in the sea are known to purify the oceans by breaking down pollutants put into them. Methyl Mercury is degraded by microbes in seawater. The ocean is a fantastic purifier, otherwise, the ocean would to date have been unable to sustain life. Interestingly when scientists put fish into a tank containing actual seawater they were fine but when they tried to make a copy of the seawater, combining all the known components of seawater they died.

So, it seems sea salt may be a healthier option then Himalayan. At the end of the day though they are both healthier than table salt.