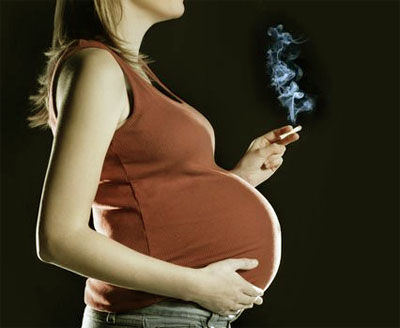 Most of us are aware of the saying “breast is best”, but is this still the case if a mother smokes?

This is a great question and in exploring the answers we will look at the impact of smoking during pregnancy and whilst breastfeeding a growing infant.

In offering the latest research on the impact of smoking I do not wish for any mother to feel alienated or judged. As human beings we all have addictions, be that smoking, alcohol, caffeine, sugar or stress. Clearly though, some addictions have more dangerous side-effects than others and as parents we do well to consider the impact of our addictive habits on our children.

Smoking causes an increase in carbon monoxide which replaces oxygen, thereby decreasing the amount of blood to your baby via the umbilical cord. The depletion of oxygen combined with the chemicals in cigarette smoke are known to affect a baby’s brain, heart and lungs.1 There are about 4000 highly toxic chemicals in cigarettes. At least 20 of them are also known to cause genetic change.2

Babies exposed to cigarette smoke in the womb are also more likely to suffer problems with their immune system; leading to an increased risk of asthma, respiratory disease, eczema, glue ear and recurrent ear infections.4 These babies are also prone to low birth weights.5

Smoking has been shown to cause an increase in all congenital malformations including those to the central nervous system, heart and digestive systems, cleft palates and hare lips.6 Maternal smoking has also been shown to increase the risk of childhood cancer by 50%.7 A systematic review concluded that, after adjusting variables such as sleeping position and economic status, maternal smoking doubles the risk for SIDS.8 The relation is dose dependent.

Tobacco exposure during pregnancy has been associated with deficits in verbal learning, memory and reduced hand-eye coordination. In addition, research showed these children demonstrated a reduced ability for flexible problem solving and a greater predispostion to impulsivity.9

Smoking is harmful to the health of growing babies.

“But won’t a low-weight baby mean an easy and less painful birth?”
It is fairly well known that smoking during pregnancy promotes low birth-weight babies. Some women may feel that a smaller baby could be beneficial for labour, hopefully leading to a quick and easy birth. But studies have shown that low-weight babies are prone to becoming stressed during labour, creating longer and more complicated births. Being smaller, these babies are also more vulnerable to health challenges such as infection and illness.

There are various support networks that can help with quitting smoking, even if it is only for the duration of your pregnancy.

Should you decide to start smoking again after the birth of your baby bear in mind that your baby will be exposed to your cigarette smoke passively as well as via your breast milk.Babies who are ‘smoked over’ are more likely to be hospitalised and to suffer from respiratory and gastrointestinal illnesses. Studies show that these infants are more likely to be colicky and irritable and to experience a wide range of problems from apnoea (short periods when the baby stops breathing), vomiting, poor growth, squint (strabismus, cast or lazy eye), hearing impairment and unexplained death. Smoking depresses the immune system, leaving both the mother and infant more vulnerable to infection, allergy and other immunodeficiency problems.10

Nicotine reduces basal prolactin levels which may lead to a decrease in milk supply. Nicotine also causes an adrenaline rush which may inhibit the release of oxytocin and interfere with the let-down reflex. One study clearly suggests that cigarette smoking significantly reduces breastmilk production at two weeks postpartum from 514 ml/day in non-smokers to 406 ml/day in smoking mothers11.

A study 12 examined the effect of mothers smoking (not in the presence of their infants), compared to results of when these mothers refrained from smoking. Results found infants spent significantly less time sleeping during the hours immediately after their mothers smoked (53.4 minutes), compared with the session when their mothers abstained from smoking (84.5 minutes). This reduction was attributable to shortening of the longest sleep bout and reductions in the amounts of time spent in both active sleep and quiet sleep. With greater doses of nicotine delivered to the infant, less time was spent in active sleep.
Although the amount of nicotine transferred into breast milk is more than double that transferred to maternal serum there is evidence that breastfeeding offers protection; the incidence of acute respiratory illness among infants whose mothers smoked was diminished for those who were breastfed, compared with formula fed.

In the first two years of life, passive smoking is associated with a higher incidence of respiratory infections in general, including respiratory syncytial virus bronchiolitis.13
In addition, passive smoking is a risk factor for developing pulmonary tuberculosis in children immediately following infection,and a risk factor in meningococcal disease. This could possibly be the result of a direct effect of cigarette smoke on host defences, since smoking is negatively associated with cell mediated and humoral immunity, and smoking increases bacterial adherence and the risk of inflammation and other infections.14

Mothers’ milk and presumably amniotic fluid are flavored with tobacco if women smoke, raising the possibility that, in addition to the effects of nicotine on the developing brain, early experiences with the flavor of tobacco influence the likelihood that exposed children will find these flavors appealing later in life. Indeed, research has shown that infants develop preferences for flavors experienced in milk.16

Nicotine is an appetite suppressant and can alter the taste of breastmilk. Babies may express their distaste for the milk by fussing and struggling at the breast or even refusing the breast. If the mother smokes more than 15 cigarettes a day, infants can exhibit symptoms of nicotine poisoning. These symptoms may include vomiting after a feed, grey skin colour, loose stools, an increased heart rate and restlessness. Classically, the infant can be observed to wiggle and squirm, giving the appearance of trying to frantically ‘tread water’ and though they appear very tired they seem to find it hard to keep their eyes shut. Symptoms are slowly reversed when the mother decides to cut back or quit her previous smoking habit. However, infants may also suffer withdrawal symptoms such as sleep disturbances, headaches and irritability.17

Despite the fact that nicotine and other poisons will pass to your baby with breastfeeding, breastfeeding is nonetheless recommended and is more beneficial for your baby than adopting a formula. Other nutritional benefits of breastfeeding will help your baby to fight likely infections.18
Despite these recommendations that encourage breastfeeding, women who smoke are less likely to breastfeed and those who breastfeed wean their infants from the breast earlier than those who do not smoke. Several explanations (not mutually exclusive) may explain the early weaning: Smoking 10 cigarettes or more daily affected the lactational process adversely by decreasing milk production and altering milk composition; Smokers were more likely to think that their milk supply was inadequate and to be less motivated to breastfeed; Breastfed infants whose mothers smoked 5 cigarettes or more daily exhibited behaviors (eg, colic and crying) that may promote early weaning.19

Passive Smoking (When Either Parent Is A Smoker)

Be aware that even if you do not smoke but your partner does, the impact on your baby’s health will be significant.
. . . . .