Foods And Supplements To Boost Your Mitochondria

Foods And Supplements To Boost Your Mitochondria

Mitochondria are membrane-bound organelles present in almost all our cells. Responsible for orchestrating cellular energy production, they are central to the maintenance of life and the gatekeepers of cell death.2 As we discussed in our previous blog, “Why is Mitochondrial Health Important?” mitochondria are the absolute most critical physiological system involved in our energy levels.

Mitochondria are designed with specialised functions to efficiently break down carbohydrates and essential fatty acids, turning them into energy that is available to the cells for use or adenosine triphosphate (ATP). This powers the cells; it is the gas in our fuel tanks on the most basic level.

Virtually all the energy that powers the trillions of cells in our body comes from our mitochondria. If we are dealing with fatigue, that is almost certainly a sure sign that our mitochondria are not functioning well.

Moreover, mitochondria synthesize proteins for their own use. The mitochondria are intelligent and know how to allocate energy after breaking it down! It makes sense then that the foods we choose to eat, will play a crucial role in the optimisation or sabotaging mitochondrial function.

Here are our top recommendations. 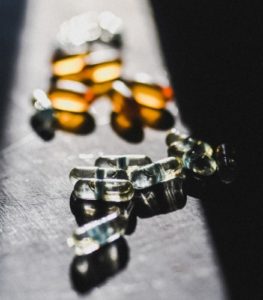 According to research1 any deficiency of an individual B vitamin can compromise mitochondrial function.

That’s because B vitamins are water-soluble vitamins required as coenzymes for enzymes essential for cell function. That’s a mouthful! Essentially these coenzymes then fuel the enzymes that are essential to proper cellular function.

Some of the best sources are:

I tend to buy an organic liver and cut it into small pieces and freeze in bags. At a later date, I will make pate, or I will add the small portion of the liver to say onion, garlic, or vegetables and blend all these together and add to a spaghetti bolognese sauce or a casserole. Alternatively, you could blend the whole thing (yes it will look like roadkill in your blender) initially with herbs, turmeric, salt, pepper, onion, and garlic and then freeze as a paste into ice cube trays, this way you have ready-made stock cubes.

Sulfur is the fourth most abundant mineral found in our bodies and a primary source of antioxidants in the mitochondria. Sulfur is an important component of the diet. It mainly comes to us in the form of cruciferous veggies and prebiotic foods with resistant starch and indigestible fiber which have their own impressive set of benefits (specifically for gut health).

Eating too much raw cruciferous vegetable matter can be very uncomfortable for the digestive system so don’t go overboard. 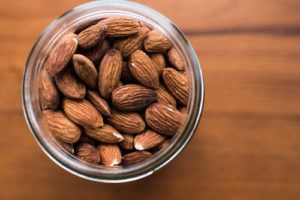 Zinc just so happens to be an antioxidant with anti-inflammatory properties. Studies3 reveal that zinc has the potential to reduce markers of oxidative stress markers in plasma and inhibit inflammatory cytokine production.

One study showed that Zinc supplementation trials in the elderly showed that the incidence of infections was decreased by approximately 66% in the zinc group. Zinc supplementation also decreased oxidative stress biomarkers and decreased inflammatory cytokines in the elderly. To clarify, cytokines are small proteins important for cell signaling, which is basically how the cells work/interact with one another.

Some of the best sources of zinc are: 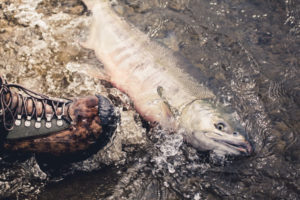 Coenzyme Q10, CoQ10, or ubiquitol (the fully reduced form) helps cells to produce energy, it has shown an ability to stimulate the immune system and it acts as an antioxidant.

It isn’t the easiest thing to get in food form. Our bodies actually make it, but production declines with age. It’s notoriously difficult to get into your diet, so if you think you might be lacking in it, I do recommend taking a quality supplement. However, these are a few decent nutritive sources that provide plenty of additional advantages regardless, including some of the other big “mitochondria nutrients” on this list!

The main takeaway here is that CoQ10 acts similarly to other antioxidants on our list to protect our cells from oxidative stress and damage. Research shows4 that low levels are often found in cancer patients (a disease we can trace to the cell).

Some folks who are particularly at risk for deficiency are those who regularly take cholesterol-lowering drugs as the interaction makes it more difficult for the body to absorb CoQ10. After 50 years of age, your body also becomes far less efficient at producing CoQ10. 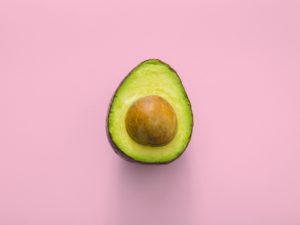 Magnesium is a super important mineral for our cells. It aids in the production of ATP – the full-time job of our cells. It’s relatively easy to become deficient in magnesium, but it’s also easy to get from a variety of whole foods, so a paleo diet can really help address the issue if you’re lacking it.

At the end of the day, the mitochondria generation requires magnesium. Give your cells the fuel they need with these foods.

Additional Supplements You Can Take:

One study where male students ages 17 to 19 who took 4mg per day of astaxanthin for six months found that it improved their strength and endurance by an impressive 62 percent! Moreover, their endurance increased 300% faster than the control group!7

As you can see there’s so much to learn about the mitochondria and how we can preserve and protect them through both a robust healthy diet and through the other key strategies we outlined in our blog ‘Why is Mitochondrial Health Important?” Through solid sources of nutrition discussed here and the lifestyle habits discussed previously we’ll be well on our way to bio-hack our cellular health!