Should I be Freaking Out About my Genes?

Should I be Freaking Out About my Genes? 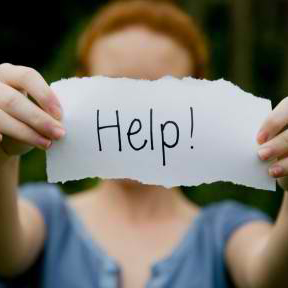 When someone is freaking out saying, “I have the MTHFR gene” it’s important to understand everyone is born with the MTHFR gene as part of their genotype, or collection of genes. In fact, everyone has two copies of this MTHFR gene. Having the MTHFR gene is not the issue. Our MTHFR gene is frigging awesome as far as genes go, have a read of our blog MTHFR – Say What? to find out all the things that this gene helps govern in the body.

I urge you to also read our Methylation, MTHFR – WTF? blog to better understand how our genes (therefore our overall health) can benefit from habits that support good methylation.

When people say they are worried about having the MTHFR gene we need to realise that what they mean is – they have a MTHFR gene variation.  Here’s another important take-home – gene variations have both beneficial and negative attributes. We don’t get one without the other but gene variations are not all bad.It’s not all doom and gloom especially if you know how to look after your genes.

Should I be worried about my genes?

For too long people have wanted to blame genes for their poor health outcomes. They feel as though they are a victim to their genes.

Growing up we learn mistruths such as:

We hear people say all the time:

“Oh, I’m likely to have a heart attack, it runs in the family.”

“My Dad was an alcoholic so that’s my weakness”

“My family all suffer with depression” 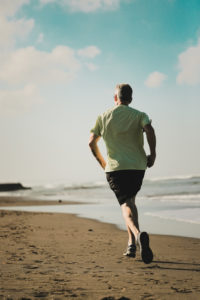 At one time, we thought that our genes were our destiny. We believed genes couldn’t be changed, altered, or modified. However, our genetic makeup is no longer thought of as something that defines our destiny. The science behind genetics and epigenetics has come a long way in the last hundred years and it now seems that unless you have a rare genetic marker for one of the few diseases known to be caused by a defective gene, the way you live your life influences your fate far more than your genes.

Let me say that again, genes are one of many factors that influence your health but our ENVIRONMENT (our lifestyle) plays a far bigger, leading role in our health outcomes.

Now don’t think I’m trivializing things here. I’ve been learning about epigenetics and methylation for a greater part of the last 5 years due to personal health challenges. I have at times also freaked out by my own mother having a heart attack. So I understand how fear can take the reins when it comes to discussions on our health.

What I am saying is that we are only just touching the surface in understanding how genes work, how they are read and influenced and how we may, in fact, work with them.

Epigenetics is the study of how these factors influence our genetic expression; essentially, how the DNA sequence within our genome is read. It seems that our environment turns genes on or off. It has an epigenetic effect. That means an effect placed on top of our DNA and unlike DNA, it can be altered as it is in essence – written in pencil. This has been one of the biggest breakthroughs in medicine.

How do we know this to be true?

As it turns out external and environmental factors can influence the way an organism’s genes are regulated. This is just part of the understanding of epigenetics —‘epi’ coming from the Greek for ‘over, on top of’. 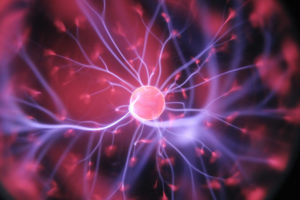 Epigenetics gets really interesting (nerd alert, I know? ) and it’s been found that external influences such as diet, stress, and exposure to things like cigarette smoke, heavy metals or pesticides potentially affect DNA methylation patterns – leading to epigenetic imprints or effects that are caused by a person’s environment or lifestyle.

Here are some examples.

Studies demonstrate that young identical twins are epigenetically indistinguishable during the early years of life, however, older identical twins exhibit remarkable differences in their overall genetic profile (in their DNA methylation patterns) affecting the expression of their genes.1 Differences in their epigenetic patterns could be explained by the influence of both external and internal factors. Other twin studies have tracked identical twins and observed how in later years one may have developed cancer or Alzheimer’s disease while the other has not.2 These studies demonstrate the powerful influence that our environment has on our genetic profile. 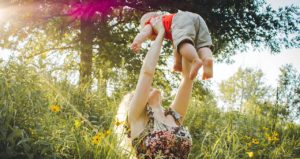 So we’ve established that most people tend to attribute far too much power to their genes and that it is actually our lifestyle washing over our genes that determine who we are at any moment. What we eat, how we move, how we restore our system, along with our thoughts, feelings and social connections, that regulates our genes. Those genes end up creating the expression of who we are and how we are. In doing so – we can turn on genes that create health or disease, weight gain or weight loss.

Yes, it’s true, some genes can predispose you to obesity, type 2 diabetes or heart disease. But predisposition is not pre-destiny. Ninety percent of our current health is controlled by the environment in which we bathe our genes – the food we eat, our exercise regimen, our resilience in the face of stress and our exposure to environmental toxins. In other words, a familial history of obesity or chronic disease does not render you powerless. You don’t have to sit back and accept that you’re doomed to become fat and sick. Instead, we can work with our genes to create optimal health—if we know how.

According to Dr Ben Lynch in his book Dirty Genes there are two types of dirty genes—both of which can play out as a host of symptoms and disorders. I highly recommend his book: here’s an extract from Dirty Genes.

1. Some Genes Are “Born Dirty”

“The scientific name for a born-dirty gene is genetic polymorphism, which is a fancy way of saying “genetic variation.” These genes are also called single-nucleotide polymorphisms, or SNPs—pronounced “snips.” These dirty genes—and each of us has several—can do a full-scale number on your body and your brain. They help determine whether you’re heavy or slim, sluggish or energized, depressed or optimistic, anxious or calm. 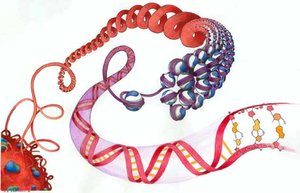 We have about twenty thousand genes in our body. There are more than ten million known genetic polymorphisms (SNPs), and one person can have as many as 1.2 million of them. However, only about forty thousand are known to potentially alter your genetic function. I focus on the key SNPs in the seven genes most likely to have the biggest impact on your health. I chose these Super Seven because each of them influences hundreds of other genes. If any of these seven genes are dirty, you can be sure they’re making your other genes dirty, too.

When people first discover that they were born with SNPs, many of them are upset. But in fact, every one of us is loaded with SNPs. It’s just part of the magnificent variety of the human race—what enables each of us to be unique.

The good news is that once you know which SNPs you have, your health issues start to make a lot more sense—and your emotional issues do, too. If you suffer from migraines, can’t seem to fall asleep at night, or struggle with a hair-trigger temper, SNPs may be at the root of your problem. SNPs also contribute to anxiety, depression, irritability, workaholism, obsessiveness, difficulty paying attention, trouble winding down, and a whole bunch of other things that you might never have realized had a genetic and biochemical basis. SNPs also contribute to various strengths, such as boundless energy, good spirits, enthusiasm, dedication, determination, and laser-sharp focus.

The really good news is that you get to work with your SNPs, turning up the volume on your strengths and turning down the volume on your weak points. Through the Clean Genes Protocol, you can alter your lifestyle, diet, and environment to maximize the positives and mute the negatives, so that what you once thought was “normal” for you may be nothing of the kind.”

“Sometimes a gene without a SNP creates problems for you anyway. That might be because your genes aren’t getting the nutrients, lifestyle, or environment that they need to function at their best—too few vitamins, too little sleep, too many chemicals, too much stress. A better diet and lifestyle might inspire your genes to behave differently.

The scientific name for this is genetic expression: the way your genes express themselves in response to your environment, diet, lifestyle, and mindset. Depending on which of your genes are expressed, and how, you can be healthy, energized, and glowing. Alternatively, you might be loaded down with a whole slew of symptoms: obesity, anxiety, depression, acne, headaches, fatigue, achy joints, poor digestion. If your genes act dirty enough, you might even face such serious conditions as autoimmune disorders, diabetes, heart disease, and cancer.

Once again, your Clean Genes Protocol comes to the rescue. If you give your genes the diet and lifestyle that they need, they’ll act clean instead of dirty, and you can optimize your health, your mental outlook, and your life.”

As you can see Dr Lynch’s book is incredibly powerful. To learn more about his Clean Genes Protocol, make sure you grab a copy hereof Ben’s book Dirty Genes. 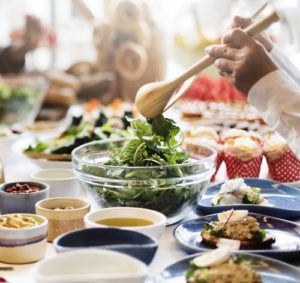 Whether we are talking about genes that are dirty when we are born or genes that become dirty over time – our ENVIRONMENT and LIFESTYLE hold the power. Just like we saw with the twin studies where young identical twins are epigenetically indistinguishable during the early years of life, yet older identical twins exhibit remarkable differences in their overall genetic profile (in their DNA methylation patterns) which affects the expression of their genes1  it all comes back to environment. Your environment or the environment of your parents or grandparents.

This is a clear reminder of just how mindful we need to be with the lifestyle decisions we make.

To understand more about how the above relates to a gene report and how we can care for our genes through better methylation cycles – please see the following blogs.

How Can I Improve Methylation?

How to Test My Methylation?

What is Oxidative Stress?

*Disclosure: Some of the links above are affiliate links, meaning, at no additional cost to you, I will earn a commission if you click through and make a purchase. Others are not.
PrevPrevious ArticleActive Listening
Next ArticleMethylation, MTHFR – WTF?Next

5 thoughts on “Should I be Freaking Out About my Genes?”