Why So Much Fuss About Glyphosate?

Why So Much Fuss About Glyphosate? 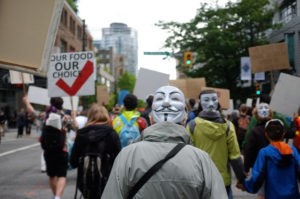 Roundup is the most ubiquitous weed killer on the planet. Glyphosate is just one toxic component of Roundup and it functions as an antibiotic, anti-parasite, and anti-sickle cell organism.

Glyphosate is the most abundant antibiotic we have on the planet and we’re spraying it indiscriminately into our soils, water systems, and atmosphere.

Glyphosate base herbicides (GBHs) are the most widely applied pesticides across the globe and in our cumulative agricultural history. Their negligent use has promoted the emergence of glyphosate resistant weeds, and consequently the rise in the use of more of these herbicides. A 2018 estimate is that approximately 8.6 billion kilograms have been sprayed worldwide since 1974 and data shows that usage of these herbicides today continues to grow.

Glyphosate harms health in a wide variety of ways and ample research is now being used to underpin personal injury lawsuits against Monsanto, including victims who recently claimed exposure to the weed killer caused them to develop non-Hodgkin lymphoma, they were both awarded $81 million. Epidemiological evidence supports strong temporal correlations between glyphosate usage on crops and a multitude of cancers that are reaching epidemic proportions, including breast cancer, pancreatic cancer, kidney cancer, thyroid cancer, liver cancer, bladder cancer and myeloid leukaemia. The WHO rates glyphosate as a “probable carcinogen.”

Research also links it to fatty liver disease and kidney disease. Some studies have shown that glyphosate and its formulations exhibit oestrogen-like properties, and growing evidence has indicated they may disrupt normal endocrine function, with adverse consequences for reproductive health. Moreover, multigenerational effects have been reported and epigenetic mechanisms have been proved to be involved in the alterations induced by the herbicide.

We have several blogs on glyphosate that you can read, and we’ve included the links for these below.

Here’s one major take home message that we’d encourage you to keep in mind as you begin to read the blogs mentioned above – Monsanto argues that glyphosate is harmless to humans because it inhibits the Shikimate pathway in plants, therefore does not affect human health. Concerned scientists have disputed this and confirm that a very weighty, integral part of us does in fact utilise the Shikimate pathway – our gut bacteria!

Via this pathway, our gut bacteria produce essential amino acids. Essential because our bodies cannot make them. It’s a win-win scenario. We can’t make amino acids ourselves, but we can eat them through varied foods, and then we rely on own our bacteria to then activate them for us. Amino acids are the building blocks of proteins, and our body is a protein making machine – enzymes, hormones, neurotransmitters and even genes are proteins! Amino acids are crucial to our health and glyphosate is creating enormous deficiencies by disrupting their synthesis.

Deficiencies caused from glyphosate consumption include the following (but are not limited to just these):

In this way glyphosate offsets our body’s detoxification pathways and healing mechanisms.

It is very likely you are eating foods and food products that are made with ingredients that come from GMO crops, now known as bioengineered foods. Or you are eating animal products where the animals themselves have been fed GMO crops as animal food. Either way, we increase our consumption of glyphosate-based herbicides. Glyphosate is sprayed directly on several crops genetically engineered to tolerate the herbicide, such as cotton, corn (maize), soy, sugar, alfalfa, canola (rapeseed), wheat, barley, sorghum, so one might expect that studies have shown that humans are likely to be exposed to glyphosate through foodstuff such as soy-based infant formula, soy sauce, and soy products in general, corn-starch, corn syrup, corn oil, soybean oil, canola oil, sugar beet or granulated sugar and many wheat and grain products.

Nothing in nature exists in a vacuum, and it is unnatural to assume that it would.

The biotech industry argues that genetic engineering can be used to create “nature-identical,” products that benefit farmer and consumer, yet research shows that nothing could be further from the truth. 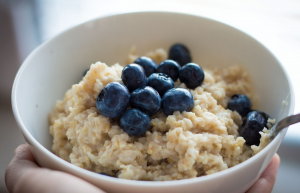 What is also imperative to understand is that glyphosate is used not just with GM crops like corn, soy, wheat, and cotton but – wait for it – glyphosate is also sprayed directly on many types of non-GMO, conventional crops ahead of harvest. Oats are not genetically engineered. But Monsanto has encouraged farmers to spray oats and other non-genetically modified crops, with its glyphosate-based Roundup herbicides shortly before harvest. The practice can help dry down and even out the maturity of the crop.

“A preharvest weed control application is an excellent management strategy to not only control perennial weeds, but to facilitate harvest management and get a head start on next year’s crop,” according to Monsanto. In addition to oats, Glyphosate is used on wheat shortly before harvest in this way, as well as other crops such as barley, rye, legumes (chickpeas, split peas, lentils), flax, buckwheat, and millet and a range of a range of fruits, nuts, and vegetables. Even spinach growers use glyphosate.

The problem like with other herbicides is that we can’t wash glyphosate off. We eat it, and now we are eating catastrophic amounts.

To read more about how glyphosate effects your health please see: