How is Screen Time Compromising Our Kids?

How is Screen Time Compromising Our Kids? 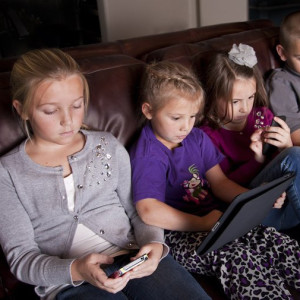 This is a funny story but also a telling tale of “our modern world.” My in-laws were caring for our boys recently and my brood had intentionally been very elusive about how much digital time they were normally allowed to execute. A little lost on how to wrangle the “digital” situation. my father-in-law on Day 2 said to the boys, “Guys you can’t spend so much time on your iPads, you have to stop and focus on what’s going on around you, you have to communicate with people. It’s really important.

For example when your an adult how are you going to communicate with your wife if you spend all your time with your head buried in digital equipment? Hey? How will you chat with your wife?”

Confused by the question my five year old, Arlo piped up and answered, “FaceTime?”

It shouldn’t surprise me that even though I had outlined how much time the boys “were and were not,” allowed to spend on electronic equipment, kids will be kids and they thought they could push the boundaries with their naive seniors. Little did they know that grandparents are not so naive and they can Skype and text and together we had the situation back in check fairly quickly.

But ask any parent about setting boundaries around digital time and they will tell you that it is a constant theme that needs monitoring. Our eldest two boys receive most of their homework from their school via email which of course results in them spending quite a bit of time referring to their iPads. Add to this the time they request for social media – catching up with their friends using Instagram, Kik and Snap Chat and like most children, they plug into the digital world and tune out to the world around them. 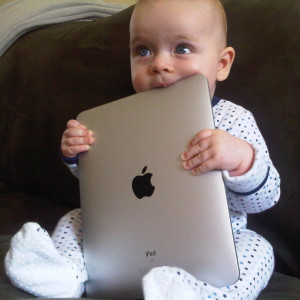 Even our youngest two boys who are eight and five, like time to play digital games on their I-pads.

I’m just grateful we don’t have to contend with television as well because typically we don’t watch any. Yes we watch a movie or an episode of a television series on the weekend (Team Testosterone and I are all guilty of loving the ridiculous television show ‘Arrow’) and some cartoons on Saturday morning but as far as mainstream television – I can’t think of a single beneficial reason to become a vacuum for high level marketing and dumbed down media reporting. Aside from the fact that it is hard enough to get children to listen and pay attention on any given day, without having to contend with the distraction of a television as well – don’t you agree?

Regardless though of whether television is apart of your “screen time equation” or not, it’s damn hard to find a balance between electronic gadgets and other important activities.

So Why Should We Care If Our Children
Spend Multiple Hours on Digital Equipment?

There is no doubt that children today need to be technologically skilled and that the appropriate use of electronic equipment has benefits for parents and children. However, long hours of unsupervised screen time can lead to a host of physical and emotional issues. Whenever I start to loose my resolve on this issue I like to reflect on how overuse of digital equipment taxes our children’s health.

THE HEALTH IMPACT OF SCREEN TIME:
5 POINTS TO CONSIDER. Did You Know?

1. The average child spends approximately 6.5 hours watching various media each day5 and looking at TV viewing alone, by the time our children reach 70 they will have watched an alarming equivalent of 10 YEARS of television!!!!1 That’s an awful lot of time of someone else telling our children what they should eat, what they should think and how they should look. 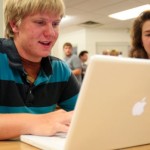 Add to this the enormous amount of time kids want to spend on social media where most of the friendships are based on false experiences – here they can modify and edit messages and control the image they put forward to the world with their profiles etc. In the social media world all of us can fall victim to an addiction of being “liked.” The question is though – are we raising a generation of children who do not enjoy their own company, who are afraid of being their authentic selves, lack true self-worth and are completely oblivious to the world around them?

2.Research shows that exposure to TV or computer games affects children’s sleep (particularly if used late in the day or evening) and deteriorates their ability to think clearly and communicate well and overall negatively influencing their learning and memory and other measures of wellbeing.2

Studies also indicate that excessive television and video game use also result in a myriad of mental health and sociological problems such as aggressive behaviour, attention difficulties, hyperactivity and schooling problems.3

3.When young children have poor posture they may be at greater risk of poor neuromotor development4.

Here the brain is unable to co-ordinate proper movements and receive and interpret messages related to balance, breathing and movement especially if the child is not physically active.

4.Spinal issues have been linked to laptops, computer mouse use, telephones and hours in front of the TV .5 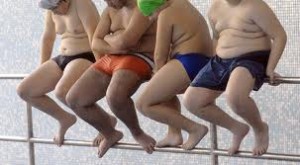 Our bodies reflect what we do with them mostly and poor posture associated with electronic equipment puts extra pressure on the spine and nervous system and compromise our health and wellbeing.

5.Children are uniquely susceptible to electromagnetic field exposure (giving off from electronic equipment) because unlike adults their skulls are thinner, their immune and nervous systems are still developing, they undergo increased levels of cell division and they will be exposed to these frequencies over a much longer period of time.6

We live in a sea of radiation and as technology progresses, the type and level of electromagnetic energy in our homes and schools that our children are exposed to is only likely to increase – we need to look at ways to reduce this. Please see Nicole’s article on Wireless Technology — A Danger We Can’t Live Without

Most of us want to raise self-responsible, healthy, value driven, connected, happy children. The reality though is that so many of our kids have “poor tone and floppy bodies”. This typically results from a combination of poor diet, negligible exercise or strength work and way too much time watching screens.

Ideally kids need to engage in a number of different activities and circles of life to broaden their experiences and discover their strengths and purpose in life. We also need to help make them aware that our fast paced living, “ho hum” consumer society and plug in devices – compromise their health.

“Sounds great but how on earth do we
do that without going insane ourselves?” 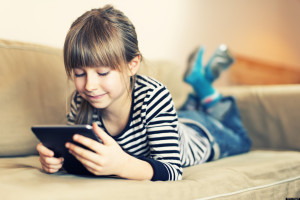 My family are not immune to the demands of a “culture of speed” nor the overstimulating “plugged in” world but I do believe there is a way to strike a balance. With the next post “So You Have Unplugged Your Kids – Now What?”(Ideas to secure good physical and mental health) we discuss some ideas on how to get your kids independently engaged with the world around them.
. . . . .