Cow’s Milk Intolerance — is my baby waking for a reason?

Cow’s Milk Intolerance — is my baby waking for a reason? 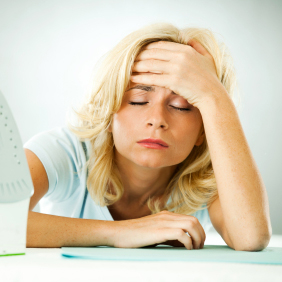 There are some babies that from day one sleep through the night without so much ‘as a peep’, however most babies do not. If your baby or infant wakes each night, please know that — irrespective of what some parents may say about their ‘well-trained, angelic baby” — you are not alone…

Some doctors and sleep experts tell us that babies “should be” sleeping through by six months if not earlier and that “crying out” techniques are beneficial. I was blessed to have a midwife who reminded me to forget about “should’s” and listen to my baby instead. Every family is different and while using “sleep techniques” straight-up work for some folks, remember that the majority of babies feed once or twice a night for the first 8-12 months of their life.

What I would like to talk about with this post is why some newborns or babies may wake even more frequently at night and seem uncomfortable and distressed.

There are many reasons that young babies might wake at night including that they are hungry, wet, cold, they are unwell, they have digestive issues, allergies, they are teething, they have their day and night routines out of balance, or they simply need soothing and reassurance. Sometimes it may be a combination of these. Irrespective a poorly sleeping and unsettled baby is a significant source of distress for many parents and one possibility of frequently waking you may wish to consider is cow’s milk intolerance.

One pilot study published in the Journal of Manipulative Physiological Therapies 2006 1looked the chiropractic management of cow’s milk protein intolerance in infants with disturbed sleep patterns. Their study found that out of 59 infants with sleep disturbance that visited a chiropractic practice, 19 met the criteria for diagnosis of cow’s milk intolerance. These infants presented with symptoms generally starting in the second week of life in breastfed infants and earlier in bottle fed infants. Such symptoms included inconsolable crying, disturbed sleep, pain behaviour, feeding difficulties, mucous-like sounds when breathing, bloating, excessive gas, constipation, diarrhoea and a rash around the face, neck, hairline, upper trunk, axillae and genital region.

Interestingly one of the most common hypersensitivities seen in infancy is cow’s milk intolerance (CMI), affecting between 5- 15% of infants2. This differs slightly to an actual “allergy to cow’s milk” that affects between 1-3% of the population3. True allergy to cow’s milk is an immune problem that is 80% more likely in children whose parents also have the allergy. Intolerance is the broader term that covers hypersensitivity reactions to certain components of cow’s milk, and affects digestion, absorption or metabolism to different degrees.

Interestingly, over two thirds of infants with cow’s milk intolerance do not simply respond to the elimination of cow’s milk products from their diet3 suggesting that other factors are involved as well. Herein lies the best approach to most health challenges and that is to look at them from a broad perspective, to anticipate why the body is responding in this way rather then simply trying to alleviate symptoms or pain.

Of the 19 infants who met the criteria for cow’s milk intolerance in this study, 7 were found to have patterns of abnormal nerve function in the upper neck region, 12 in the pelvic region and 3 in the sacrococcygeal region. Each infant was given chiropractic adjustments using a gentle technique involving light sustained pressure and a quick and light thrust to produce a significant but calming effect on the nervous system.

After a 4-week period of chiropractic care, dietary change and parental advice, 14 of the infants achieved a stable sleep pattern. Although 5 infants showed no change in sleep patterns, all 5 had total resolution of other symptoms. By the end of the study period, all infants were found to have normal spinal movement and neurological function.
Other studies have found that without any proactive steps or treatment taken, resolution of cow’s milk intolerance can take time. Precisely how long has been difficult to establish because of the multiple factors involved and the changes in symptoms as children age. One study of 1749 newborns, who were followed for 15 years, concluded that without intervention total recovery was 56% at 1 year, 77% at 2, 87% at 3, 92% at 5 and 10, and 97% at 154.

Though the exact nature of the relationship between chiropractic care and infants with sleep disturbance was not determined, the authors proposed that in susceptible infants exposure to cow’s milk protein may trigger a neurological reaction (viscerosomatic reflex) between the organs and the body which may contribute to ongoing poor nerve communication and spinal imbalance. With this type of reflex or reaction the function of the organ may be continually challenged.

Chiropractors gently and precisely adjust the spine to improve neurological function which encourages the body to heal and perform normally. These practitioners may also be able to help parents identity cow’s milk intolerance and identify if elimination diets would be beneficial.

As this pilot study shows, chiropractic care supported by changes in diet, can provide an effective and non-invasive means of improving sleep and cow’s milk intolerance problems.

If your little one does wake and cry frequently often there is good reason for their distress and I urge you to seek advice and support as limited sleep can make even the most patient parent feel frustrated and isolated.