Too Much Sleep and the Increased Risk of Cardiac Disease.

Too Much Sleep and the Increased Risk of Cardiac Disease.

Being sleep-deprived can put a person at risk for blood sugar imbalances, trouble maintaining their weight, and mental health issues. In our blog, “How Does A Good Night Sleep Keep Your Heart Healthy?” we discussed studies that have shown clear links between a lack of sleep and poor quality sleep, with cardiovascular disease.

It seems however that another study this month demonstrates that too much sleep may be even more detrimental to our health. 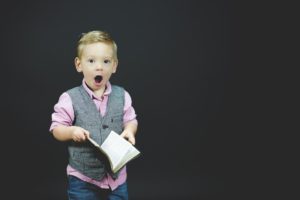 Yes, it seems that too much sleep is not a good thing.

A study in the European Heart Journal collected data from over 116,000 people who lived in 21 different countries around the world. They followed them for eight years and found that those who slept more than eight hours a night were more likely to experience a cardiovascular disease or death.

The aim was to investigate the association of estimated total daily sleep duration and daytime nap duration, with deaths and major cardiovascular events.

Here’s what they found.

To be exact, if the participants in the study slept eight to nine hours, the increased risk for cardiovascular disease was 5 percent. That’s not a huge increase, but the risk increases drastically from there.

It’s estimated total sleep duration of 6–8 h per day is associated with the lowest risk of deaths and major cardiovascular events.

So, what about naps?

It seems that naps are great, but only if you slept less than six hours the night before. The results showed that taking naps during the daytime also increased the risk in people who already slept more than six hours that night.

Like most studies, the researchers controlled for factors like age, BMI, lifestyle factors like smoking and physical activity, and other illnesses like depression and diabetes. It seems this risk of cardiovascular disease is directly related to hours of sleep.

So, like so many things in life, it’s all about balance and finding the right amount of sleep for you (without overdoing it).

People spend about a third of their hours sleeping. While we still need to prioritize sleep in honour of our physical and mental health—sleeping too much, studies like this would suggest that if you sleep more than nine hours a day, you may want to have your cardiovascular health checked by a doctor.