Fluoride: What Do You Need To Know?

Fluoride: What Do You Need To Know?

Most of us when we think of fluoride, we tend to think of toothpaste. We associate the fluoride that’s added to our toothpaste, mouth rinses, and water supply as a strong disruptor against plaque bacteria helping to prevent tooth decay.

What you may not realise is that fluoride (from the element fluorine) is a naturally occurring mineral found in the earth’s crust. It is a naturally abundant inorganic mineral found in soil, plants, and bodies of water. It is found in our freshwater systems and oceans along with animals and plants we eat such as spinach, grapes, and pure chocolate.

Once fluoride is absorbed into our body it is stored in our bones and teeth, this process is called remineralization (a process where lost calcium and phosphorous are replenished), in fact, approximately 99% of fluoride found in the body is in our teeth and bones!1 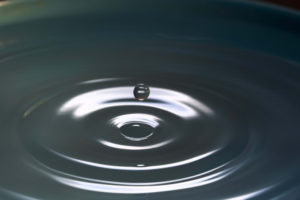 Fluoride has long been known for its ability to strengthen teeth and maintain dental health, and for the past 50 to 60 years we have seen the addition of fluoride to our toothpaste, mouth rinses, and our water supply. Have you ever stopped to consider all of these additional sources of “added” fluoride, and are there any risks associated?

Perhaps here-in lies another example of weighing up the health benefits of utilizing something; be that a type of food, vitamin, or mineral, when it’s in its “nature-made” state, versus too much of something that’s been added to our food supply or daily routine.

A Short History on Fluoride.

Some say that fluoride first made its appearance onto the health scene by the hand of an American dentist named Frederick McKay in the year 1909. McKay had observed that in the year 1909 dental health was quickly becoming a prevalent health issue on a large scale. He believed that fluoride was the answer to this issue, and he revealed his research and findings to his fellow dentists.

Not long after dentists adopted fluoride as their prophetical child for improving dental health. They added it to their products like toothpaste, flosses, mouthwashes, and it was eventually added to municipal water supplies in 1945 in the US. It’s fair to say that fluoride became quite a hit with the public and dentistry rose to popularity as the means of preventative medicine.2 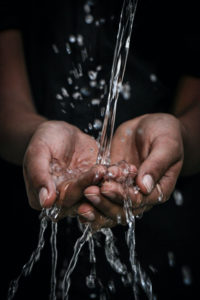 So What Is the Benefit of Fluoride and How Does it Help our Teeth?

Research studies have shown that fluoride:4

These studies outline that built-up plaque produces acids that demineralize the teeth which can then lead to decay and cavities. It is suggested that fluoride acts to remineralize the teeth and produce a thicker layer of enamel to prevent further damage. However, more recent studies question the benefits of fluoride suggesting that while fluoride may have some perceived health benefits, it certainly does not come without risk.

Fluoride if taken in a small dosage is considered harmless. Considering it is found naturally in some of our foods and as we’ve already discussed – it is added to public drinking water, toothpaste, and dental products, it is fair to say that most Westerners are exposed to an ample amount of fluoride on a daily basis.

While it is quite rare for acute toxicity to occur from fluoride, if a person is exposed to a moderate amount for a prolonged period, chronic toxicity can occur. Many people do not realise that fluoride in a high enough dose, can in fact be highly toxic. ‘

In terms of acute toxicity: fluoride is more toxic than lead but slightly less toxic than arsenic. This is why fluoride has long been used in rodenticides and pesticides to kill pests like rats and insects.’ 3 Chronic toxicity from fluoride is rapidly becoming a concerning topic and prevalent health issue globally.

Clinical pharmacist and author Dr. Izabella Wentz suggests that if your mother had fluoride toxicity, it is likely you will be more susceptible, and your children even more so, and so on. In our next blog Fluoride – Let’s Dive Deeper we discuss this further, she outlines some associated symptoms of acute and chronic exposure: (7)

Recent studies have outlined the potential health risks that fluoride can bestow.

The suggested negative health impacts of fluoride are:5 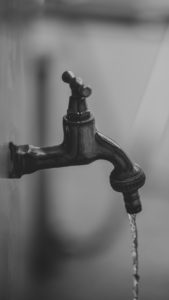 Not only does it seem that fluoride may play a role in these potential health risks, but it also sparks an ethical debate.

“Why should fluoride be added to my drinking water when my dental health is perfectly fine?”

This is a common question from a large demographic of people that believe fluoridation of public drinking water is a restriction on the freedom of choice. Another question often asked is,

“Why should all public drinking water be fluoridated when there are so many ways to consume fluoride willingly?”

Particularly when we can attain fluoride from nature made sources. This is a very valid point but one might argue that for areas with low socioeconomic statuses people can’t afford to buy fluoride supplements or care for their teeth adequately enough hence the ongoing debate.

However, with more people becoming conscious of how to keep their teeth healthy there is surely less need for this excessive fluoridation in the modern world. If we focused more on safer preventative strategies for dental health care through education,  there would be less need for fluoridation.

That being said, yes it’s important to teach our children an appropriate technique to brush their teeth and gums and highlight the benefits of flossing, from a young age we do seem to be failing in highlighting the role of nutrition in dental health. The sugar industry owns countless well-loved brands of food and dominates the market place, which means little education is given to adults and children alike about the significant role that “diet” has not only in our overall health but also in our dental health.

Sugary foods and drinks feed the bacteria that live on our teeth and increase the risk of cavities, this includes even those sugars in our morning coffee! Most Westerners consume an incredible amount of sugar each and every day. Sugar however is not the only culprit here when we are discussing the strength of our teeth. Acidic drinks such as tea, coffee, and juices erode the enamel from teeth increasing cavity risk. We recommend that you have a glass of water and rinse your mouth after the consumption of something acidic to lower this risk.6 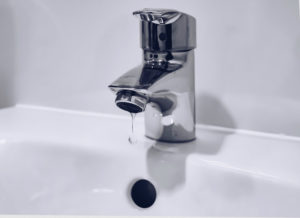 In this blog, we have briefly discussed the history and effects of fluoride in our next blog Fluoride – let’s dive deeper, we will look further at the health effects of fluoride, and in our third blog How to Avoid and Detox from Fluoride, we look at the contents of public drinking water, how to limit fluoride exposure, and how to detox from it.

As most of you are no doubt aware, our health is always reliant on keeping our environment in balance. When we tip the scales by having too much or too little of something, we ultimately tax our health and well-being.

1. Turney J. 2. What happens to fluoride in your body? [Internet]. Ec.europa.eu. 2020 [cited 17 August 2020]. Available from: https://ec.europa.eu/health/scientific_committees/opinions_layman/fluoridation/en/l-3/2.htm

6. Nowinski A. 5 Amazingly Simple Things You Can Do to Prevent Cavities | University of Illinois at Chicago (UIC) College of Dentistry [Internet]. Dentistry.uic.edu. 2017 [cited 17 August 2020]. Available from: https://dentistry.uic.edu/patients/cavity-prevention-tips